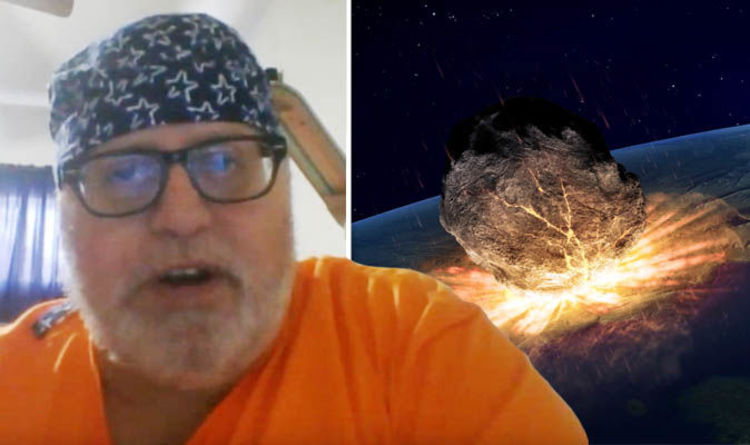 A bizzare video uploaded to YouTube purports to contain a message from a concerned time traveller who has seen the death and destruction of the world 43 years from now.

Jeff Wlliams, who appears in the video titled “Time Traveler Jeff Williams Goes into the future year 2061”, claims 2061 is the year Halley’s Comet will end life on Earth as we know it.

He says in the video: “Hi, my name is Jeff Williams and I time travelled to the year 2061 and back.

“In the year 2061 the world no longer exists. I was sent back as part of a top secret group called Solarity in order to ensure that the timeline remains stable.”

According to Mr Williams, the goal of Solarity is to keep other time travellers from “messing up the current timeline”.

This supposed group of time guardians claims to have been covertly influencing Hollywood blockbusters over the decades, to spread their message.

Time traveller? This man claims to know the world will end as we know it in 2061

“Now why is the world going to end in 2061 and how? Well its the next time that Halley’s Comet swings by the planet.

“And the scientists will say ‘oh no, Haley’s Comet is going to miss. It’s a sure thing’.


“But what they don’t know is that this time when Halley’s Comet approaches, it’s going to split and one of the very large parts of the comet is going to hit, and I know exactly where it’s going to hit too and it’s going to cause a cataclysmic event that ends the world as we know it on planet Earth.”

According to Mr Williams, a fragment from the monstrous Halley’s Comet will detach in the year 2061 and strike down in Lake Erie – one of the five Great Lakes of North America.

He adds: “Now the place I went to in 2061 is pure light. It was like going inside a lightbulb.

“But what I did hear was I heard peoples voices and them talking to me. When I came back I have a vivid recollection of that event as well as being told that there would be clues that I’d be given along my path in life.”

As outrageous as the claims in the video may be, there is absolutely no evidence whatsoever to support them as anything more than hogwash conspiracies.

Halley’s Comet orbits the planet every 76 years, travelling billions of kilometres during its journey though space. 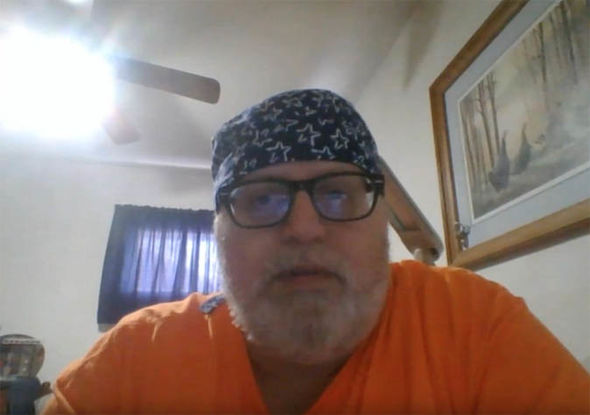 End of the world: The alleged time traveller is trying to warn the world of the cataclysm

NASA said: “Dim and distant, history’s most famous comet won’t be back until sometime in 2061.”

During this time bits and pieces left in its dusty orbital path constantly trail off and slam into Earth’s atmosphere.

According to the US space agency, this cosmic debris is what causes the breathtaking Eta Aqaurids meteor shower in May.

For many, being the periodic comet is a once-in-a-lifetime event, but thankfully Halley’s orbital path takes it far from any planet in the solar system and most importantly from Earth.

Scans of Mummified ‘Golden Boy’ Reveal He Was Covered in Magical Protections : ScienceAlert
Dogs Can Be Aggressive For Lots of Reasons, And One of Them Is You : ScienceAlert
Hypertension Drug Shown to Extend Lifespan And Slow Aging in Animals : ScienceAlert
Scientists Reveal The Most Distant Galaxy We’ve Ever Found : ScienceAlert
JWST Has Found Life’s Elemental Building Blocks in The Depths of Darkest Space : ScienceAlert