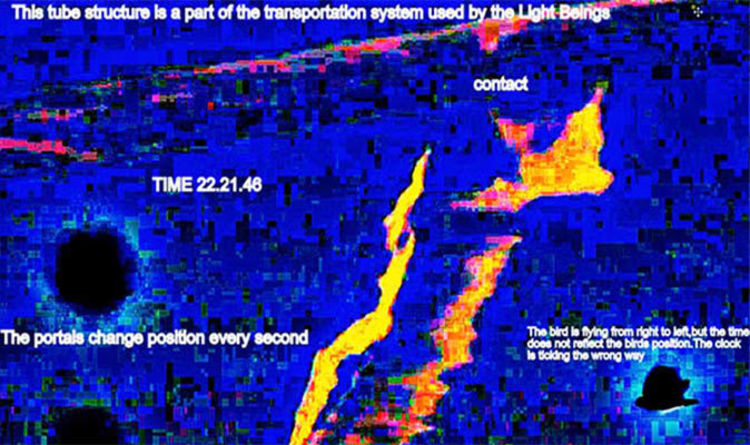 Time travel proof: These images allege to show time portals in the sky over Earth

A bizarre YouTube video uploaded by videomaker Frank Klever claims to lift the lid on what could be the biggest scientific breakthrough of the modern era.

The video in question, simply titled ‘Time Travel Is Real. Evidence Provided Here’, alleges to show tears in the space time continuum in the skies over Oslo, Norway.

According to Mr Klever’s audacious claims, “seeing is believing”.

In the video, Mr Klever says: “I’m going too show you something very strange and very cool.

“We are talking about time travel here today people and I’m going to prove that time travel is very, very real.”

In the video the YouTuber pulls out still images of what appear to pink blobs and streaks of light on a blue background, taken over Oslo on November 24, 2015.

The time travel enthusiast claims that what the viewers are looking at are “two inter dimensional portals” in the skies – and something is coming through.

The conspiracists brazenly says: “These are all inter dimensional or multidimensional light beings.”

Mr Klever refers to the multi-coloured sources of light as “energies” or “angels” though he concedes “you can call them whatever you like”.

He says: “Of course all of this is invisible to the eye, because of this combination of different filters that I applied, which brings it all out.

“But today’s theme is not just looking at pretty things, I’m going to show you time travel people.”

Pointing to the various shapes and blobs in the video with his cursor, Mr Klever goes on to reveal a “tube structure” used as a “transportation system” by the light beings. 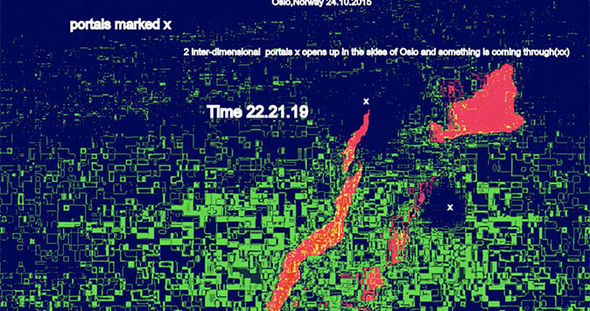 He points out the portals supposedly change position every few seconds and move around all the time.


We are talking about time travel here today people and I’m going to prove that time travel is very, very real


The conspiracist then indicates a bird-shaped object in the image and stresses the importance of the animal’s presence in the picture.

He says: “This bird is flying from the right to the left, but the time does not reflect the bird’s position. The clock is ticking the wrong way.

“Look at the position of the bird right there. What are we looking at? Well, you can see now that the bird is now further to the right in this frame which is impossible because it is flying from right to left and the time is going forward not backward.

“Is this proof of time travel? That’s the question.”

But as incredible as the video and its subject may be, it is hard to consider it anything more than conspiracy theory hogwash rambling.

There is nothing in the provided photos to suggest the colourful blobs are more than heavily edited clouds, and the only evidence to suggest the bird has indeed ‘time traveled’ is the good word of Mr Klever. 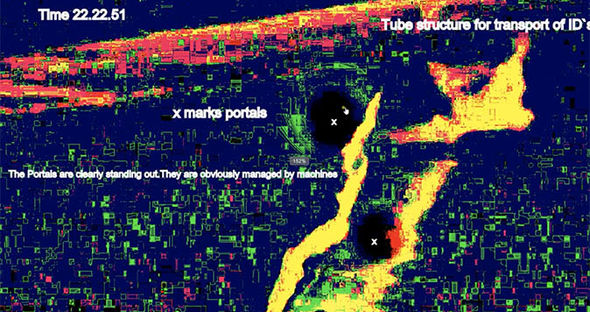 Time travel proof: There is no scientific evidence to validate the outrageous claims in the video

Scientists have long debated the possibility of time travel and the question still weighs heavily on the minds of the world’s top physicists.

According to NASA’s space boffins, time travel into the future appears to be a realistic probability but moving back in time seems to be a dead end.

The US space agency said: “In the past few years, some scientists have used those distortions in space-time to think of possible ways time machines could work.

“Some like the idea of “worm holes,” which may be shortcuts through space-time. This and other ideas are wonderfully interesting, but we don’t know at this point whether they are possible for real objects.

“Still the ideas are based on good, solid science.

“In all time travel theories allowed by real science, there is no way a traveler can go back in time to before the time machine was built.”

For the time being, it is perhaps best to take Mr Klever’s uncovering of the “biggest discovery to hit our planet ever” with a pinch of salt.

Mysterious ‘Zone of Uncertainty’ Inside The Brain Reveals a Surprise : ScienceAlert
Scientists Create Shapeshifting Humanoid Robot That Can Liquefy And Reform : ScienceAlert
These 5 Traces of Ancient Ancestors Still Exist in Human Bodies Today : ScienceAlert
Earth’s Inner Core May Right Now Be in The Process of Changing Direction : ScienceAlert
An Expert Explains Why The Radioactive Water Stored at Fukushima Should Be Released : ScienceAlert