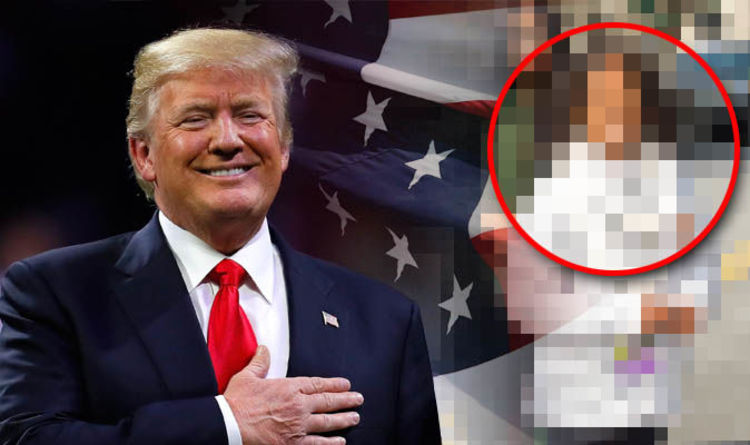 
‘Time traveller’ Noah claims to be trapped on Earth after travelling to the year 2017 from the not-too-distant future where time travel is widely accessible. The mysterious man, shrouded behind a mask of anonymity, has now revealed who will come out victorious in the 2028 US presidential election. Speaking to paranormal investigators behind the popular YouTube channels ApexTV and Paranormal Elite, Noah said President Trump will hold onto power in the 2020 elections.

However by the year 2030, he claimed, Yolanda Renee King will be sworn into office at the very young age of 21.

The time traveller said: “For the United States of America the next President will be Donald J Trump.

“This is not an opinion, this is a fact from the future that actually happens. I’m not here to persuade anyone to political opinions.”

“Second thing, in the future there will be aliens and time travel – it will be open to the public in 2028.

“You are going to be seeing new alien species in 2028. It will be a crazy thing. Just wait a couple of years and you will be seeing this amazing stuff.

“Also in 2030 there will be a new President – Yolanda Renee King.

“She’s the first President to be in the new law where you’re able to be very young. She’s sworn into office I think at the age of 21.”

Ms King is the granddaughter of the civil rights movement activist and Baptist minister Martin Luther King, who was assassinated in April 1986.

Currently, Ms King is only 10-years-old but Noah’s predictions suggest she has a bright political career ahead of her.

The young child has already shown an aptitude for politics after she appeared in March this year at a gun control rally in Washington DC.

The US Constitution currently states eligible Presidential candidates have to be US residents for at least 14 years, must be a natural born citizen and must be at least 35-years-old or older.

But according to Noah, an amendment will allow the young woman to take up the Presidency and become the first female US President in 2028.

However, not everyone is convinced by Noah’s bold time travel claims.

On YouTube user, Cooper Cooper, commented: “Why would they use some punk kid to time travel? Bologny!”

Click here to read the five most SHOCKING time travel predictions made by time traveller Noah.

‘SuperGPS’ Technology Accurately Pinpoints Your Position Within Inches : ScienceAlert
10 Days After Its Launch, Orion Has Successfully Entered Lunar Orbit : ScienceAlert
‘Baby Brain’ Is Real, Scientists Confirm, And We May Finally Know Why : ScienceAlert
The Science Behind Why You Sprain Your Ankle So Often, And What You Can Do About It : ScienceAlert
Colossal Exoplanet Is One of The Most Massive Super-Earths Ever Discovered : ScienceAlert