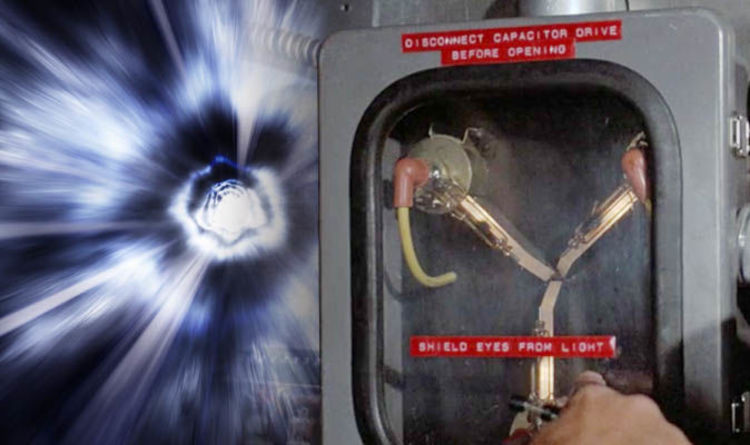 
A team of physicists from Australia and Switzerland envisioned a real-life flux capacitor, using the principle of magnetic flux quantum tunnelling around a capacitor.

Based on the popular science-fiction technology from the Robert Zemeckis film, the scientists boasted the machine has broken the so-called time-reversal symmetry.

In the Back to the Future films, the flux capacitor was used to freely time travel into the past and distant future.

But the bad news for any time travel hopefuls is the machine could have a completely different real-world application.

Instead, the machine could be used to design a new generation of electronic circulators which control the direction in which microwave signals move.

Professor Tom Stace, University of Queensland, said: “Unfortunately this effect does not allow us to actually travel back in time.

“Instead, it means that signals circulate around the circuit in only one direction, much like cars on a roundabout.”

Professor Jared Cole, from RMIT University in Australia, explained how the novel device derived inspiration from its cinematic counterpart.

He said: “We propose two different possible circuits, one of which resembles the iconic three-pointed-star design of the cinematic flux capacitor.

“In it, quantum ‘tubes’ of magnetic flux can move around a central capacitor by a process known as quantum tunnelling, where they overcome classically insurmountable obstacles.”

The device was built from a superconductor, or a device where electricity is free to flow without being slowed down by electrical resistance.

Research on the flux capacitor was outlined this week in the science journal Physical Review Letters.

Lead author Dr Clemens Mueller, ETH University of Zurich, said the device will be a crucial component in the development of quantum computing.

Dr Mueller said: “Our research makes an important step towards scaling up this technology, where researchers need to precisely direct control and measurement signals around a quantum computer.”