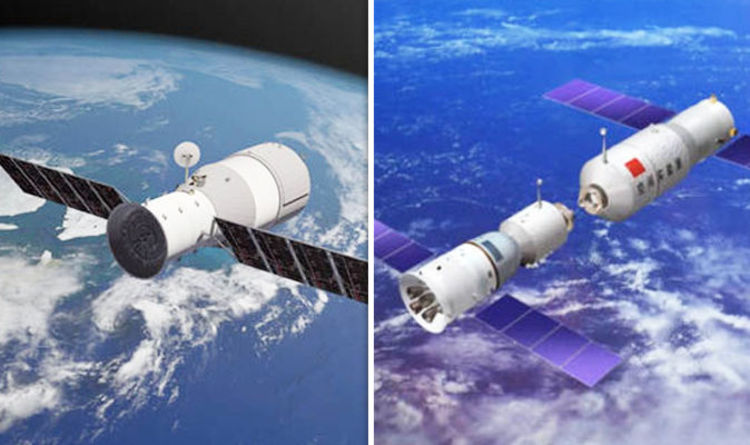 Days before the space station crashes down to Earth, a group of astronomers have managed to take an incredible picture using a robotically controlled telescope.

The Tenagra Observatory in Arizona and Virtual Telescope Project in Italy joined forces to produce “something honestly out of this world”.

Gianluca Masi of the Virtual Telescope Project, added: “We managed to do something honestly out of this world: imaging the Tiangong-1 Chinese Space Station during one of its final passes across the stars, before it will burn in the atmosphere.”

Mr Masi explained that the picture emerged from “a single, 2-second exposure” and that the Tiangong-1 was travelling at a speed of roughly 28,000 kilometres per hour.

He remarked: “The image above comes from a single, 2-second exposure, remotely taken with the 16″-f/3.75 Tenagra III robotic unit in Arizona, available as part of the partnership between the Virtual Telescope Project and Tenagra Observatories.

“At the imaging time, the Tiangong-1 space station was at about 220kilometres of altitude, about half of the altitude of the International Space Station (ISS), and moving with a speed of about 28,000 kilometres per hour.”

Mr Masi emphasised the difficulty in capturing the image and thanked the “stunning technology and the work done at the involved facilities” for the huge achievement.

He commented: “Honestly, this was an extremely difficult task.

“Asking the telescope to point and track such an extremely fast moving object (its motion rate was of 18 degrees a minute at the imaging time), is something which very few observatories can do and the telescopes available at both Virtual Telescope Project and Tenagra Observatories facilities can.

“This case was also difficult to plan.

“After we decided to cover it, the Tiangong-1 did not show any previous passes above Arizona or Italy prior to this, so no tests could be done and we had to do a lot of theoretical calculations to guess when and where to slew the telescope, being sure we could track it for a while.

“So, this success awards both the stunning technology and the work done at the involved facilities.”

The Tiangong-1 is expected to enter Earth’s atmosphere on April 1 at 11.15am GMT.

However, these calculations are only estimates and are subject to change. 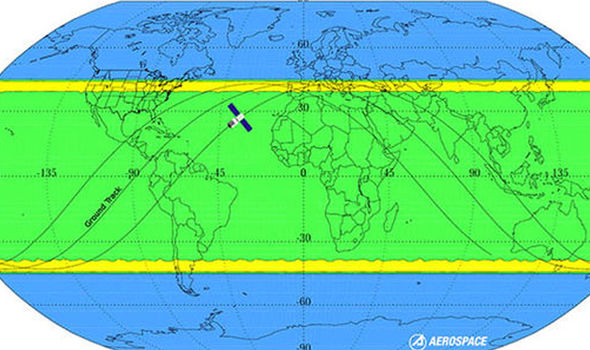 The Tiangong-1 is expected to enter Earth’s atmosphere on April 1 at 11.15am GMT

The final trajectory of the space station will not be fully understood until roughly 36 hours prior to the impact.

At the moment, the Tiangong-1 orbits over Italy roughly every 90 minutes, three to four times a day at an altitude between 220 and 220kilometres above Earth.

The Aerospace Corporation, a non-profit space flight researcher, has already attempted to quell fears that debris from the Tiangong-1 could be a danger to humans. 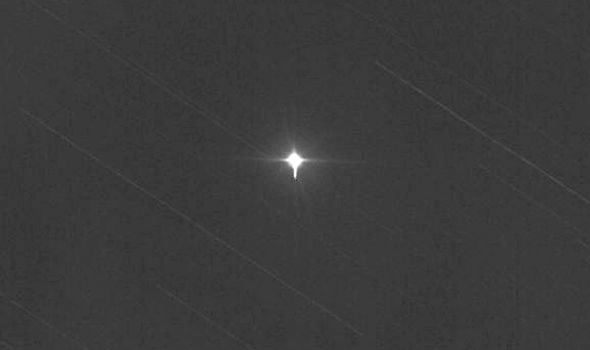 Mr Masi explained that the picture emerged from ‘a single, 2-second exposure’

It declared: “It is highly unlikely that debris from this reentry will strike any person or significantly damage any property.

“The only known case of space debris striking a person is Ms Lottie Williams of Tulsa, Oklahoma who was struck by a small piece of space debris in 1996 but was not harmed in any significant way.

“Due to the relatively large size of the object, it is expected that there will be many pieces reentering together, some of which may survive reentry and land on the Earth’s surface.”

This Species of Carnivorous Plant Evolved Into a Toilet And Is Now Winning at Life : ScienceAlert
There’s a ‘Lost City’ Deep in The Ocean, And It’s Unlike Anything We’ve Ever Seen : ScienceAlert
Dogs Can Be Aggressive For Lots of Reasons, And One of Them Is You : ScienceAlert
Babies May Not Be Born With a Microbiome After All, Scientists Say : ScienceAlert
Lightning Strikes Create a Strange Form of Crystal Rarely Seen in Nature : ScienceAlert