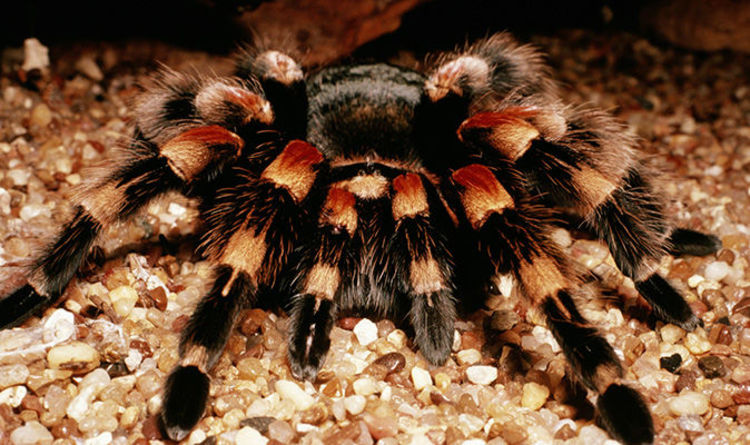 
An international team of scientists has been testing a peptide isolated from the poison of the West African tarantula on mice with a view to developing a treatment for suffers of Dravet syndrome, a condition which can cause intellectual disabilities, multiple daily seizures and early death.

It is caused by a mutation in a gene which produces a protein known as SCN1A, which is critical for calming the electrical activity of the brain.

As a result, sufferers only have half the amount of the protein, resulting in overactive brain activity.

The study was published in the journal Proceedings of the National Academy of Sciences of the United States of America (PNAS).

Lead researcher Steven Petrou, from the Florey Institute of Neuroscience and Mental Health in Melbourne, Australia said: “We reasoned that if we could just make the remaining protein work harder, it would effectively pick up the slack, much like a cyclist on a tandem bicycle can help her exhausted passenger by pedalling harder to maintain speed.”

Mr Petrou’s colleague Glenn King from the Institute for Molecular Bioscience at the University of Queensland hit upon the idea of tarantula venom having spent considerable time studying the venom of arthropods such spiders, scorpions and centipedes, for their potential to offer relief from chronic pain, epilepsy and stroke.

In accordance with the research, young Dravet-susceptible mice were given the peptide, called Hm1ar, with the result that their inhibitory interneuron activity was immediately boosted to normal levels.

Mr Petrou said: “Infusion into the brains of the Dravet mice not only restored normal brain function within minutes, but over three days we noted a dramatic reduction in seizures in the mice and increased survival.

If a treatment is perfected, it would be further evidence of the medicinal properties of tarantula venom after another study published two years ago in scientific journal Nature in respect of irritable bowel syndrome, also conducted using mice.

On this occasion, a team led by Stuart Brierley from the University of Adelaide isolated a toxin from the venom of the same species of the spider which found it kept pain nerves in the colon “switched on” and transmitting to pain signal the brain, which could point the way to a new drug to treat the condition.

Other sources of venom have previously been used to develop pioneering drug treatments.

The poison of the Brazilian pit viper, a snake found in the Amazon basin and forests of Brazil is the source of one of the most commonly prescribed drugs for hypertension – captopril.

Subsequently, two more drugs – eptifibatide and tirofiban – which are based respectively on venoms from the dusky pygmy rattlesnake and saw-scaled viper, were approved in the late 1990s to treat other heart conditions, such as angina.

And researchers from São Paulo State University in Brazil have been studying a toxin from the venom of the Brazilian wasp Polybia paulista which they believe could help develop a drug which targets cancerous cells without harming healthy ones.

This Is How Much Fossil Fuel The World Is Sitting on, And It’s a Time Bomb : ScienceAlert
Experiment Reveals What 1 Hour in Nature Does to The Human Brain : ScienceAlert
There Are New FDA Safety Warnings About Breast Implants. Here’s What We Know : ScienceAlert
How Many Ants Live on Earth? Scientists Came Up With an Answer : ScienceAlert
We Have Our First Look at Neptune’s Rings in 33 Years, And They’re Glorious : ScienceAlert