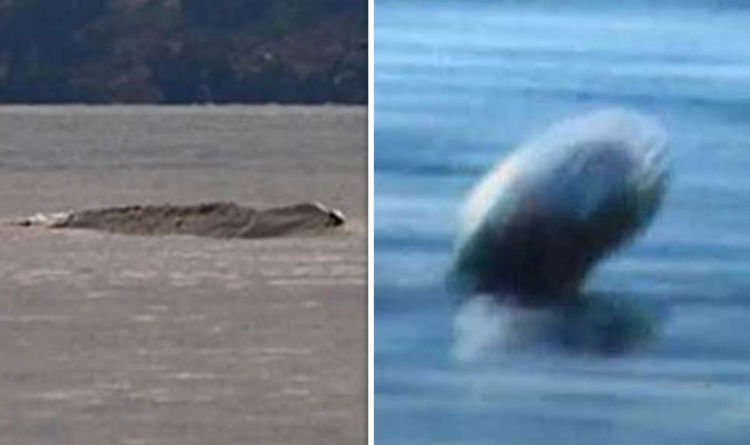 
A mysterious sea creature has been spotted three times in the last month swimming in Lake Okanagan, Canada.

According to stunned locals, the beast is suspected to be the legendary lake monster known as Ogopogo, or Canada’s Loch Ness monster.

The Ogopogo is said to have a long body with several bumps and the head of a horse.

Indigenous communities in Canada have long told stories and myths about the alleged existence of the animal.

However, now locals have caught what they believe to be the Ogopogo on camera multiple times.

David Halbauer was the first to spot the creature, which has set off the frenzy of mysterious activity.

While he was out on a local beach, he saw a “15m-long dinosaur-like” creature emerge from the water.

Mr Halbauer’s cellphone footage of the mysterious object has gone viral and prompted renewed interest in the legend.

He said: “When you’re sitting by the beach on a sunny day you don’t expect to see a dinosaur come out of the water.

“I saw this black form come out of the water — cylindrical — and then roll.

“It rolled up and down as it went in the water. Another lump of the same thing came up about five metres in front of it.”

Since Mr Halbauer’s video, two more people have described recent encounters with the beast – with new footage emerging as well.

One of the sightings was reported from the 22nd floor of a downtown highrise overlooking the lake.

Another was spotted from a balcony in the 4000-block of Lakeshore Road in Kelowna, who recorded what “appears to be the creature’s head”.

Bill Steciuk, a local legend hunter who tracks sightings of the Ogopogo, said the recent surge in activity had left him stunned.

He claims that the recent influx of reported sightings are the first in a number years.

Mr Steciuk has his own theory about the monster, claiming that the lake was once open to the ocean.

He speculated that a sea creature swam up and became trapped once the waters receded to their current levels.