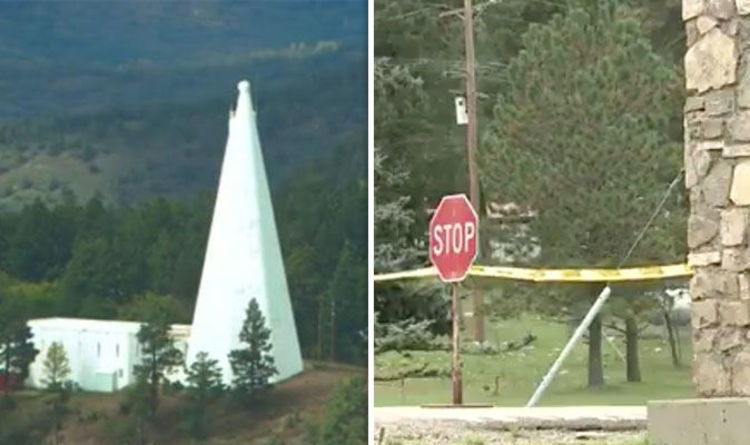 
A national solar observatory in Sunspot, New Mexico is at the centre of an FBI investigation, prompting a frenzy of conspiracy theories.

The observatory has been closed since last Thursday, when it was suddenly evacuated by FBI officials tasked with investigating an undisclosed “security issue”.

Government officials have refused to elaborate on what is behind the unexpected closure.

The silence from officials has set off a range of theories, including a possible alien sighting, unexpected movement in the sun  or a mercury leak.

Along with the Sunspot Solar Observatory, a local post office and around a dozen residents have been evacuated.

Mr House said that the FBI has kept local residents in the dark, adding: “The FBI is refusing to tell us what’s going on.

“What their purpose was nobody will say. But for the FBI to get involved that quick and be so secretive about it, there was a lot of stuff going on up there.

“There was a Blackhawk helicopter, a bunch of people around antennas and work crews on towers but nobody would tell us anything.”

Now scientists have spoken out about the mystery closure, insisting that the mysterious shutdown is not related to an extraterrestrial encounter.

The team that operators the telescope at the observatory have confirmed there was no alien sighting.

James McAteer, director of the observatory, did not reveal what exactly was behind the evacuation.

He said: “The telescope did not see aliens. All data will be made public in its unaltered form. Nothing is hidden or kept secret.”

Mr McAteer added that the government officials “locked all the doors” as they were leaving.

Fellow sheriff Jon Emery also said: “We don’t know what they took, what their reason for being there was. We have no information on it.”

Everisto Gomez, a dispatch operator for the Otero County Sheriffs Office, added: “This is very abnormal.”

The FBI has not commented on the investigation.