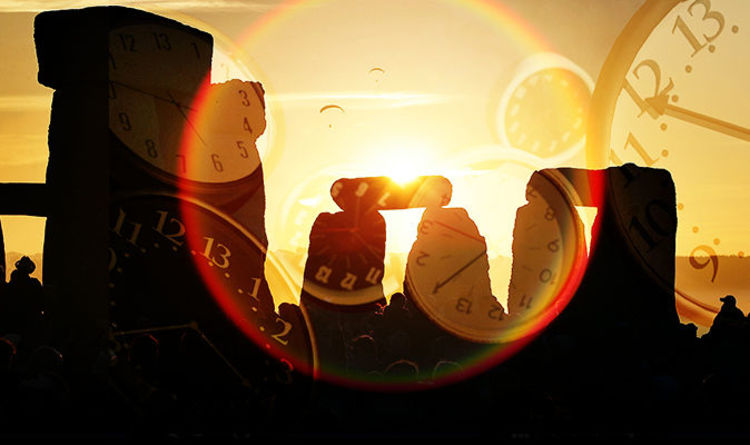 
People have debated for centuries who placed the large stone pillars in Salisbury Plain, and how they were able to do it without the use of modern technology with some of the rocks weighing up to 60 tonnes.

However, an archaeologist has a new theory, which does not involve aliens or ancient technology, claiming the rocks are a natural phenomenon and have always been there.

Mike Pitts, an archaeologist who has excavated Stonehenge, believes that the large stone pillars have been there for millions of years, and were eventually just stood up right.

It had been theorised that the large stones, known as sarsens, were brought from Wales.

But Mr Pitts believes that the large ones were there long before the arrival of humans.

Sarsen is a layer of thick, hard sandstone which formed from the chalk that makes up the rolling hills of Wiltshire.

As for the smaller stones, which still would be too heavy for humans to carry, it would have been easier to move them in the Ice Age when it is believed that Stonehenge was constructed.

In a report published in the journal British Archaeology, Mr Pitts wrote: “The assumption used to be that all sarsens at Stonehenge had come from the Marlborough Downs.

“The idea has since been growing that some may be local and the heel stone came out of that big pit.

“If you are going to move something that large you would have to dress it before you move it to get rid of some of the bulk.

“That suggests it has not been moved very far. It makes sense that the heel stone has always been more or less where it is now, half-buried.”

Crocodiles Seem to Be Thriving in a Toxic River That’s More Like a Sewer. Here’s Why : ScienceAlert
An AI Found an Unknown ‘Ghost’ Ancestor in The Human Genome : ScienceAlert
Colossal Exoplanet Is One of The Most Massive Super-Earths Ever Discovered : ScienceAlert
Chilling Glimpse Into Our Future if We Survive Another Million Years : ScienceAlert
A Strange Thing Happens to Wolves Infected by Infamous Mind-Altering Parasite : ScienceAlert