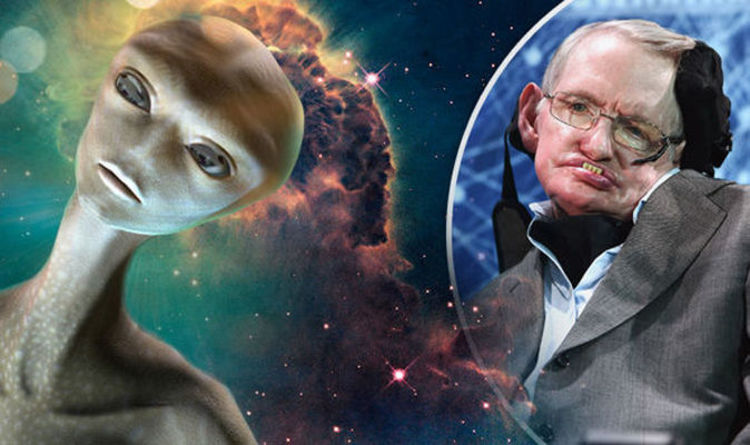 
The famous theoretical physicist died in March this year at the age of 76 but left behind some truly astonishing predictions in his final book which has just been released.

One of his bold predictions in his book titled Brief Answers To The Big Questions was that aliens could destroy our planet.

Before his death, Professor Hawking was part of a project known as Breakthrough Listen – an organisation which scans the stars in the hope of receiving a message from another civilisation.

However, a major concern from Prof Hawking is that aliens could be more advanced on us, and see us as a primitive species and look down on us as if we were animals.

The former Cambridge professor gave the example in his book of when Europeans encountered native Americans, and almost killed them off in order to conquer the New World.

Prof Hawking wrote in his book: “Breakthrough Message is an international competition to create messages that could be read by an advanced civilisation.

“But we need to be wary of answering back until we have developed a bit further.

“Meeting a more advanced civilisation, at our present stage, might be a bit like the original inhabitants of America meeting Columbus – and I don’t think they thought they were better off for it.”

Another of Prof Hawking’s final predictions was that God does not exist.

He described his claim there is no afterlife or higher power as a “profound realisation”.

Professor Hawking wrote in the newly-published book: “We are free to believe what we want, and it’s my view that the simplest explanation is that there is no God.

“No one created the universe and no one directs our fate.

“This leads me to a profound realisation: there is probably no heaven and afterlife either.

“I think belief in the afterlife is just wishful thinking.”

Deepwater Horizon Oil Spill Still Detectable 10 Years Later, Scientists Say
Clinical Trial Restored Sight to 20 People With Corneas Made From An Unlikely Source : ScienceAlert
Plants Have Been Keeping a Secret From Us About How Thirsty They Actually Are : ScienceAlert
Robot Shows It’s Possible to Swim Through The Emptiness of a Curved Universe : ScienceAlert
Researchers in South America Discover a New Species of Tiny but Tough Dinosaurs : ScienceAlert