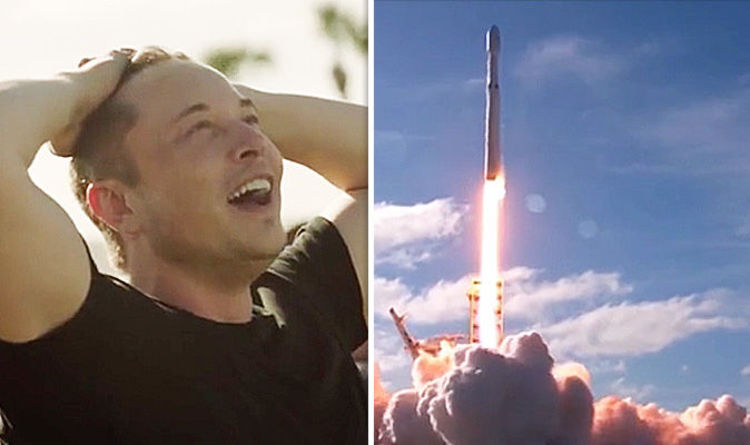 
SpaceX made history last week after the aerospace manufacturer successfully launched the Falcon Heavy rocket into space with the founder’s Tesla car onboard.

Footage has now emerged showing Elon Musk monitoring the launch from the mission control centre in Cape Canaveral Airforce Station before erupting into a passionate outburst.

Mr Musk can be seen surrounded by several members of the SpaceX crew observing the SpaceX’s boosters returning back to Earth and performing a synchronised landing.

Running out of the mission control centre to catch the return of SpaceX’s boosters, Mr Musk can be seen looking on at the Falcon Heavy rocket taking off towards Mars carrying a dummy pilot named Starman and Mr Musk’s Tesla car.

A third booster was planned to detach from the rocket and land itself on an autonomous drone ship stationed in the Atlantic Ocean.

As the two boosters returned to Cape Canaveral and landed on twin pads, sonic booms from the Falcon Heavy rocket continuing its journey into space can be heard.

The Falcon 9 boosters touched down and are planned to be used in future missions.

An image of the car heading towards Mars showed the cherry-red sports car displaying a comical message reading “don’t panic” on the dashboard.

A Nuclear War Could Starve Billions, But One Country May Be Safer Than The Rest : ScienceAlert
Researchers in South America Discover a New Species of Tiny but Tough Dinosaurs : ScienceAlert
Jupiter’s Ice Moon Europa Probably Has Upside Down, Underwater Snow : ScienceAlert
You’re Probably Taking Your Pills Wrong, New Study Finds : ScienceAlert
Scientists Say ‘space Bubbles’ Could Shield Earth From The Sun, But Would It Work? : ScienceAlert