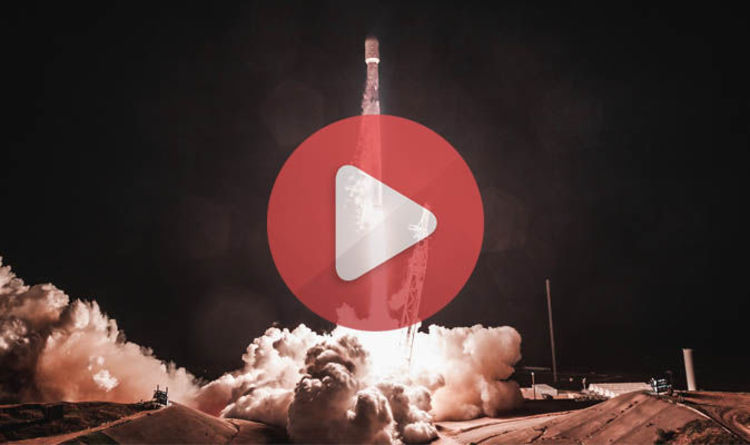 
Tonight’s launch marks a special anniversary for SpaceX – the 50th ever Falcon 9 launch – and rocket enthusiasts have been invited to join in.

SpaceX is targeting a two-hour launch window at the Kennedy Space Center in Cape Canaveral, Florida, sometime after midnight tonight.

The YouTube live stream above will kick off 15 minutes prior top the liftoff time of 12.33am EDT (5.33am GMT) on Tuesday March 6.

The precious Hispasat 30W-6 satellite onboard the Falcon 9 is a brand new Spanish commercial broadcast satellite, capable of transmitting video, data and broadband from over 220,000 miles above the equator.

The Hispasat will replace an older, ageing satellite which was launched into service from Cape Canaveral some 16 years ago.

Carlos Espinós, chief executive officer at Hispasat, said: “Hispasat 30W-6 is the fourth satellite that SSL has provided to our company.

“SSL has been a flexible and reliable partner in working with us on technological advances that make satellite communications more cost effective and enable next generation space systems and missions.

“We look forward to using Hispasat 30W-6 to expand our service offerings and capacity in the covered regions.”

SpaceX originally planned to launch the satellite into orbit last January, but an issue with the Falcon’s pressurised fairing stalled the mission for several days.

The pressurisation system on the Falcon 9 keeps the satellite payload during the intense first few minutes of the rocket speeding through the atmosphere.

The rocket manufacturer tweets last month: “Standing down from this weekend’s launch attempt to conduct additional testing on the fairing’s pressurisation system.

“Once complete, and pending range availability, we will confirm a new targeted launch date.”

The launch was then postponed again to make room for NASA’s Atlas V launch which delivered a GOES-S weather satellite into geostationary orbit over the east coast of the US.

With favourable, if somewhat cloudy conditions expected tonight, SpaceX will likely go ahead with the fourth Falcon 9 launch of the year and the 50th of its career.

With 18 successful launches in 2017 alone, the space company has made good headway wit its rocket programme since the Falcon 1 demo flight in March 2006.

In fact it has only taken SpaceX just over seven years to reach this point, compared to the 11 years of the space shuttle programme and more than nine years of the Atlas V.