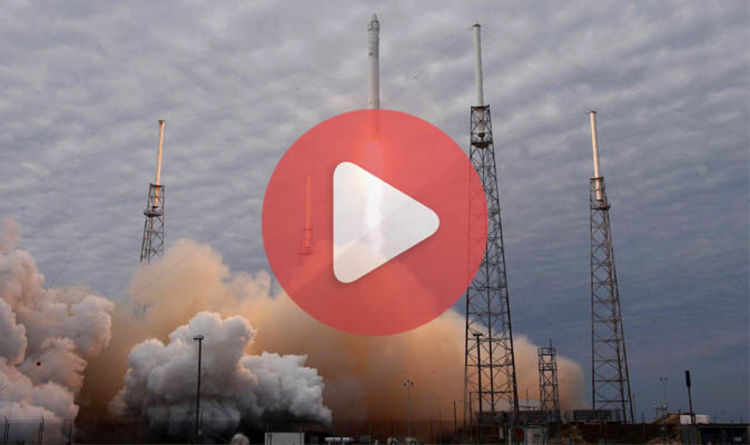 
Elon Musk’s US-based rocket manufacturer will deliver the fifth set of 10 satellites this Friday from the Space Launch Complex 4E (SLC-4E) at Vandenberg Air Force Base in California.

SpaceX will deliver the Iridium-5 satellites on board its signature Falcon 9 rocket at 3.13pm BST (7.13am PDT).

The entire SpaceX launch will broadcast live online and you can watch it here in the embedded lifestream below.

SpaceX announced: “This is the fifth set of 10 satellites in a series of 75 total satellites that SpaceX will launch for Iridium’s next generation global satellite constellation, Iridium® NEXT.

“The instantaneous launch opportunity is at 7:13 a.m. PDT, or 14:13 UTC, and the satellites will begin deployment about an hour after launch.

The SpaceX live stream will kick off approximately 15 minutes before launch.

Unlike other SpaceX missions, the rocket company will not attempt to recover the reusable Falcon 9 booster.

The NEXT satellite launch is part of a monumental effort ton create a vast network of communication satellites spanning the entire globe.

The satellite networks is comprised of 81 satellites in total, 75 of which will be placed into orbit by SpaceX.

“These 75 Iridium NEXT satellites are scheduled to be deployed by mid-2018.

“Iridium is the only mobile voice and data satellite communications network that spans the entire globe.”

On Friday, roughly two and a half minutes after launch, the first stage and second stage of the rocket will detach from the Falcon 9.

Nine minutes into alnico the rocket’s second engine will cut-off before restarting and then kicking off again 52 minutes into the mission.

The Iridium satellites will be deployed into an hour after the Falcon 9 lifts off from California.

After the Iridium-5, SpaceX will head back to its East Coast base of operations to prepare for its CRS-14 launch.

The CRS-14 mission will deliver a resupply payload from Florida to the International Space Station (ISS) on Monday April 2 around midnight (4pm EDT).

If all goes according to plan, SpaceX will deliver 1.7 tonnes of cargo on the Dragon spacecraft’s 14th resupply mission to the ISS.