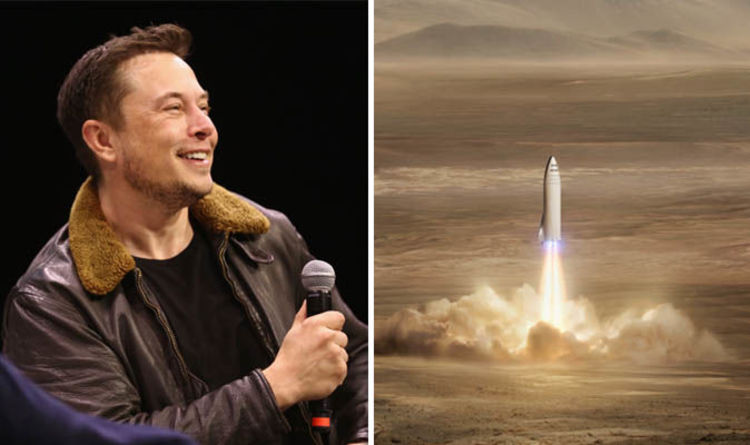 
Elon Musk, the SpaceX CEO and Tesla co-architect, said his company is on track to send his Mars-intended rocket on short trips by 2019.

SpaceX aims to send a cargo mission to Mars in 2022, the company announced in September 2017, with an eventual aim of planting the seeds for a human colony.

Musk was speaking at a question and answer session at the South by Southwest technology and culture festival in Austin, Texas on Sunday.

The billionaire said: “We are building the first Mars or interplanetary ship, and I think we’ll be able to do short flights, up and down flights, some time in the first half of next year.”

However, mindful of his reputation, he added: “Sometimes my timelines are a little…you know.”

It is expected to have capabilities for interplanetary travel and be fully reusable.

The updated design is expected to eventually replace Falcon 9, Falcon Heavy and Dragon by creating a single system which can “service all greater Earth orbit needs as well as the Moon and Mars.”

Musk has estimated a BFR flight will cost between $5 to $6 million range and he hopes if BFR launches, others will believe Mars travel is possible and companies will follow suit.

He said: “I think once we build it we’ll have a point of proof. something that other companies and countries can go and do.

“They certainly don’t think it’s possible, but if we do they’ll up their game.”

SpaceX estimates the BFR will enter the Mars atmosphere at 7.5 kilometres per second. It will be fitted with a heat shield to protect the vehicle from multiple entries and the heat of the Red Planet’s atmosphere.

SpaceX states on its website: “Our aspirational goal is to send our first cargo mission to the Red Planet in 2022.

“The objectives for the first mission will be to confirm water resources and identify hazards along with putting in place initial power, mining and life support infrastructure.

“A second mission, with both cargo and crew, is targeted for 2024, with primary objectives of building a propellant depot and preparing for future crew flights.

“The ships from these initial missions will also serve as the beginnings of our first Mars base, from which we can build a thriving city and eventually a self-sustaining civilisation on Mars.”

Speaking in Texas, Musk said: “The biggest thing that would be helpful is just general support and encouragement and goodwill.”

Human Brain Organoids Transplanted Into Rats Just Passed a Major Milestone : ScienceAlert
More Life Than We Ever Realized Could Survive in The Deep Dark of The Ocean : ScienceAlert
Incredible ‘Fairy’ Robot Sails on The Breeze Like a Floating Dandelion : ScienceAlert
Wildfire Destruction in The Western US Has Doubled in Just 10 Years : ScienceAlert
New Prototype Device Generates Hydrogen From Untreated Seawater : ScienceAlert