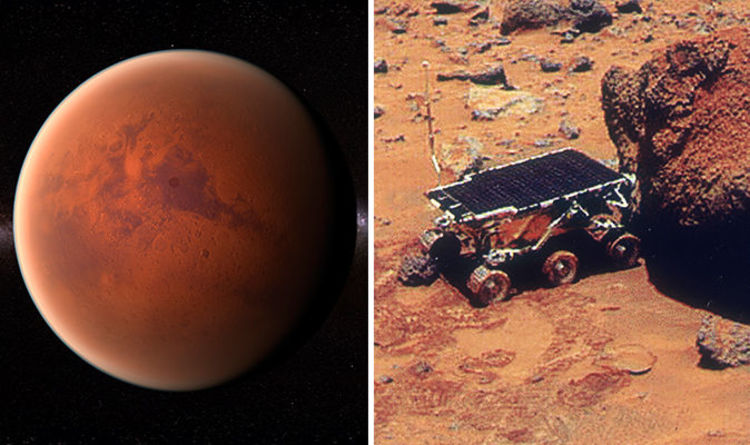 
Nasa confirmed it had uncovered various “organic compounds” and renewed hope for Curiosity’s search for life on Mars.

The shocking discovery of molecules preserved in ancient bedrock suggest conditions on the Red Planet may once have housed life.

Utrecht University astrobiologist Inge Loes ten Kate said: “The question of whether life might have originated or existed on Mars is a lot more opportune now that we know that organic molecules were present on its surface at the time.”

Kirsten Siebach, a Rice University geologist said: “The big takeaway is that we can find evidence.

“We can find organic matter preserved in mudstones that are more than 3 billion years old.

“And we see releases of gas today that could be related to life in the subsurface or at the very least are probably related to warm water or environments where Earth life would be happy living.”

The uncovering leaves open the possibility that microorganisms might populate the planet.

It builds on a similar announcement made by NASA in 2014.

The space agency confirmed they had discovered chlorinated molecules on the planet for the first time.

But the latest evidence is far more compelling.

The car-sized Curiosity rover was launched from Florida in November 2011.

The rover has been exploring Mars since it landed in August 2012 as part of NASA’s Mars Science Laboratory mission.

In December 2012, the rover’s two-year mission was extended indefinitely.

The Curiosity rover recently started drilling into the surface of Mars again after a nearly two-year break due to a mechanical issue.

Engineers recently revealed they had developed a new technique to restore the robotic explorer’s drilling ability.

The team used its robotic arm to push the bit forward as it spins, similar to how a human might operate a drill.

Curiosity tested out the technique using it to drill a 2-inch-deep hole into a target called Duluth.

The 0.6 inch-wide hole drilled by Curiosity on May 20 marked the first rock sample the rover had captured since October 2016.

Forests at Risk of Burning an Extra 30 Days a Year Without Climate Action : ScienceAlert
Engineers Propose an Ambitious Plan to Bury Excess Carbon at The Bottom of The Ocean : ScienceAlert
Mummies With Golden Tongues Discovered in Ancient Egyptian Necropolis : ScienceAlert
These Mysterious Fungi Belong to an Entirely New Branch on The Tree of Life : ScienceAlert
Astronomers Spot The Biggest Galaxy Ever, And The Scale Will Break Your Brain : ScienceAlert