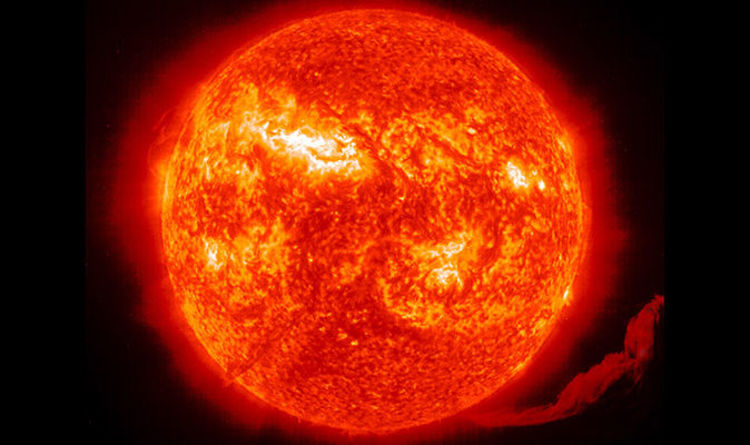 
In a development which has potential benefits for the whole world, experts working for the United States Geological Survey (USGS) have developed a way of recording three-dimensional measurements of the earth, as opposed to one-dimensional ones.

These will enable them to determine which parts of the US are most vulnerable to blackouts during hazardous geomagnetic storms.

Such events are usually the result of an event known as a coronal mass ejection (CME) in which the sun spews out billions of tons of plasma.

They can result in the aurora borealis being much more easily visible – but they can also disturb the earth’s magnetic field, interfering with electric power grids, radio communication, GPS systems, satellite operations, oil and gas drilling and air travel.

Scientists use models of the earth’s structure and measurements of Earth’s magnetic field taken at USGS observatories to determine which sections of the electrical grid might lose power during a solar storm.

However during a new USGS study, they calculated voltages along power lines in the mid-Atlantic region of the US using three-dimensional data of the earth.

As a result, they found that for many locations, the voltages they calculated were significantly different from those based on previous one-dimensional calculations, with the 3D data producing the most precise results.

Greg Lucas, a USGS scientist and the lead author of the study, published this month, said: “Using the most accurate data available to determine vulnerable areas of the power grid can help maintain life-saving communications and protect national security during severe geomagnetic storms.

“Our study suggests that 3D data of the earth should be used whenever they are available.

“This discrepancy between 1D- and 3D-based calculations of the 1989 storm demonstrates the importance of realistic data, rather than relying on previous 1D models, to determine the impact that a geomagnetic storm has on power grids.”

Electric currents from a March 1989 geomagnetic storm caused a blackout in Quebec in Canada, plus numerous glitches in the US power grid.

The largest such storm ever recorded, which occurred in 1859, causing the telegraphs to malfunction and their operators to receive electric shocks.

British space weather expert Professor Mike Hapgood warned an event of a similar magnitude today could have a major impact.

And he said that since it was estimated such storms are likely to occur once every 100-200 years, we may be overdue another one.