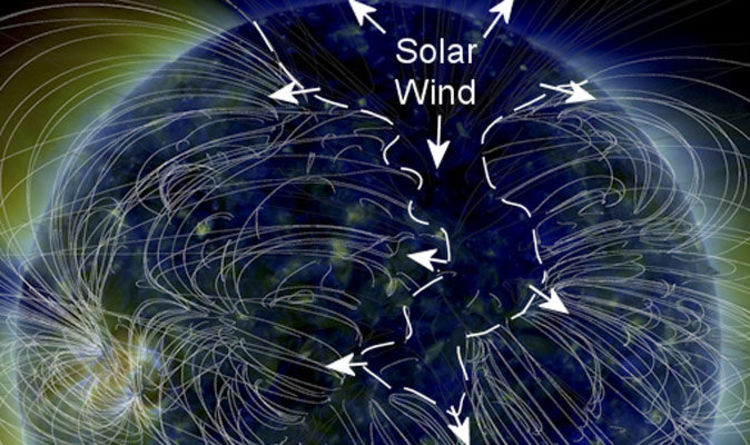 
The solar wind is set to hit Earth on March 8, with the solar winds flowing from a hole in the north of the sun’s atmosphere – and the entire planet’s technological infrastructure is at risk.

The wind is only expected to brush past Earth’s northern magnetic field, which will likely cause bright auroras.

“The gaseous material is flowing from a northern hole in the sun’s atmosphere.”

As the magnetic field – or magnetosphere – gets bombarded by solar winds, stunning blue lights can appear over the upper reaches of the Northern hemisphere and the lower parts of the southern hemisphere.

However, there could be much more serious implications.

For the most part, the Earth’s magnetic field protects humans from the barrage of radiation, but it can affect satellite-based technology.

When magnetic field lines travel from the interior of the sun to its surface, they usually remain inside our star.

However, when coronal holes appear, which happens sporadically and has done in this instance in the northern part of the sun, the magnetic field lines can stretch out into space in the form of solar winds.