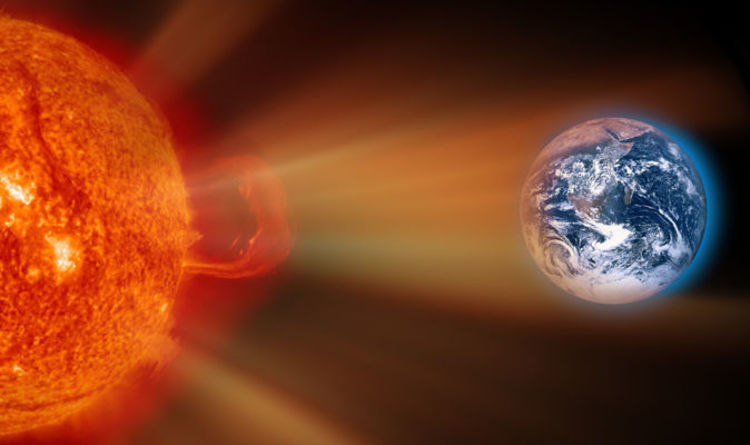 
Experts believe that the first solar storm of the month will hit on May 6 as a coronal hole has opened up ion the Sun, releasing a huge swarm of cosmic particles.

The National Oceanic and Atmospheric Administration (NOAA) said that the storm could cause northern and southern lights when it arrives.

NOAA has classified the impending solar storm as a G-1 or ‘minor’.

“High latitude sky watchers should be alert for weekend auroras, especially in the southern hemisphere where deepening autumn darkness favours the visibility of Southern Lights.”

However, researchers have noticed that coronal holes are dropping this year.

Space Weather adds: “Sunspots are becoming scarce. Very scarce. So far in 2018 the sun has been blank almost 60% of the time, with whole weeks going by without sunspots.”

Oldest Known Dog Bone Hints Our Best Friends Were With Us Earlier Than Thought : ScienceAlert
Crocodiles Seem to Be Thriving in a Toxic River That’s More Like a Sewer. Here’s Why : ScienceAlert
Octopus Brains Evolved to Share a Surprising Trait in With Our Brains : ScienceAlert
Scientists Revived Ancient ‘Zombie Viruses’ Frozen For Eons in Siberia : ScienceAlert
Alzheimer’s Gene Doesn’t Guarantee Dementia. Here’s What You Can Do to Reduce Risk : ScienceAlert