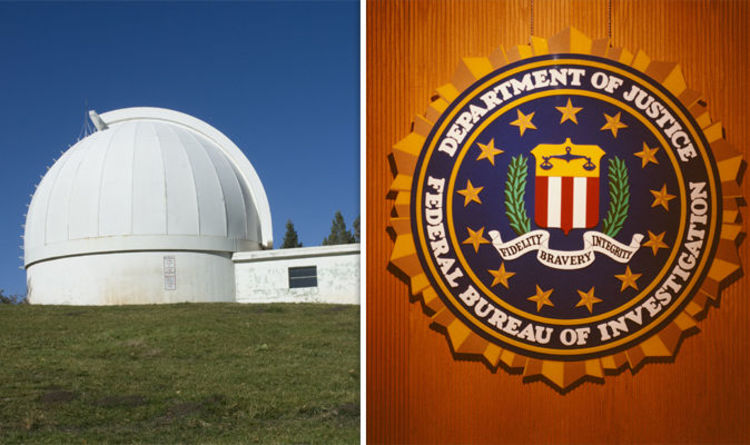 
The FBI swarmed on the National Solar Observatory (NSO) in Sunspot, New Mexico, on September 6, where it has remained closed ever since.

The investigative agency has yet to give a reason why it has closed down the NSO where it has set up base, leading to conspiracy theories across the web.

Theories are abound that there could be some sort of alien craft or object, or a massive solar flare which the observatory spotted and the FBI wants to keep under wraps.

The organisation that runs this observatory, the Association of Universities for Research in Astronomy (AURA) has kept quiet through the whole ordeal, but they have now broke their silence.

AURA confirmed that employees will be returning to work this week, stating staff had been removed due to “criminal activity”.

The statement reads: “AURA has been cooperating with an on-going law enforcement investigation of criminal activity that occurred at Sacramento Peak.

“During this time, we became concerned that a suspect in the investigation potentially posed a threat to the safety of local staff and residents.

“AURA determined that moving the small number of on-site staff and residents off the mountain was the most prudent and effective action to ensure their safety.”

The organisation refused to elaborate while an FBI investigation was still ongoing, but the Sunspot observatory seemed pleased with the publicity which has been generated.

The NSO’s website read: “With the excitement this closure has generated, we hope you will come and visit us as we reopen, and see for yourself the services we provide for science and public outreach in heliophysics.”

However, with no official explanation, conspiracy theories are bound to remain, especially as local law enforcement has not been told.