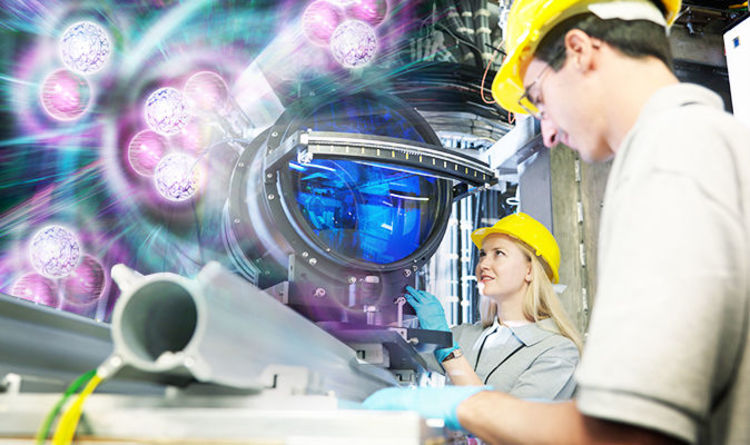 
Washington-based Agni Energy, spearheaded by 25-year-old Demitri Hopkins, says its ‘beam-target’ blueprint will focus and control the elements required to achieve nuclear fusion more efficiently than previous designs – with a company spokesman hailing it as “a paradigm shift in power”.

The Sun, like other stars, is a natural fusion reactor, and efforts to replicate the processes which drive it have been ongoing for decades, with nuclear fusion long regarded as the “Holy Grail of energy production”.

Such reactors would involve the fusing together of two lighter atomic nuclei to form a heavier nucleus, releasing energy in the process.

Unlike nuclear fission, which is the method by which energy is generated by conventional nuclear power stations, fusion produces little nuclear waste, and releases three to four times more energy.

However, up to now, all attempts to develop such a reactor have been in vain, because no design has produced more fusion energy than that needed to initiate the reaction, meaning all existing designs have a negative energy balance.

Agni’s plans attempt to incorporate the best elements from previous ideas by utilising a method by which a beam of ions is focused on to a solid fuel target using both electric fields and magnetic fields.

The design means that the ion beam has a short path to its target and does not need to be controlled for long before fusion happens.

The energy released can then be used to generate electrical power.

If ultimately successful, Agni’s method would be a massive breakthrough which could render conventional nuclear power stations and fossil fuels obsolete.

However, plenty of others have hailed breakthroughs in the past which have come to nothing.

In 1989, US scientists Martin Fleischmann and Stanley Pons claimed to have developed a way of generating nuclear fusion at room temperature, a process they referred to as “cold fusion”.

However, they were unable to replicate their findings, with the American Physical Society eventually concluding that it was an example of “pathological science”, whereby people are tricked into false results by subjective effects.

Nevertheless, the race to build a fusion reactor is hotting up, with numerous companies now devoting resources towards developing a successful method.

Experts predict it will become a reality within 30 years – and much quicker than that if Agni’s efforts prove successful.

It Sounds Crazy, But Walking Backwards Is Really, Really Good For You : ScienceAlert
Engineers Propose an Ambitious Plan to Bury Excess Carbon at The Bottom of The Ocean : ScienceAlert
Chilling Glimpse Into Our Future if We Survive Another Million Years : ScienceAlert
A Tobacco Plant Has Been Engineered to Produce Cocaine in Its Leaves : ScienceAlert
Millions of ‘Silent Synapses’ Could Be The Key to Lifelong Learning : ScienceAlert