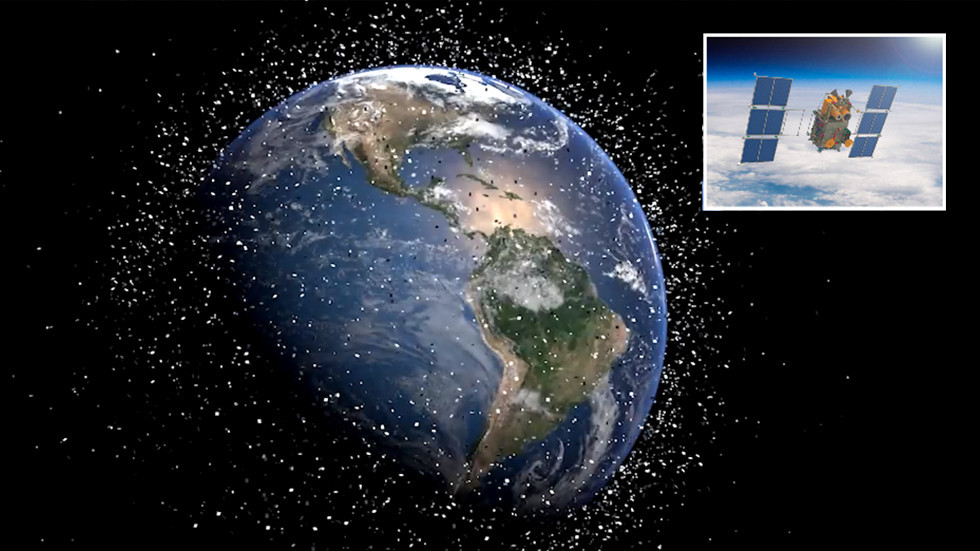 Russia’s Roscosmos space agency has invented a satellite with the ability to destroy itself at the end of its life, offering a solution to the significant problem of space debris.

The materials used in the satellite means it would “evaporate” when it is no longer useful, preventing it from adding to the increasing volume of defunct man-made objects that are floating around in space.

A patent filed with the Federal Service for Intellectual Property (Rospatent) shows that this would involve constructing the satellite out of materials that sublimate, meaning they transition directly from solid to gas without becoming liquid.


This clever construction would allow the satellites to self-decompose when they get a signal from Earth.

The space debris conundrum has long been exercising the minds of scientists and engineers. In 2016, Roscosmos experts concluded that if the problem is not dealt with then space exploration could entirely grind to a halt as all of near-earth orbit would be clogged up with junk equipment.

There is currently more than 8,400 tons of space trash orbiting the Earth, according to the European Space Agency’s Space Debris Office. While some of this is accounted-for by functioning spacecrafts, the vast majority is waste from thousands of launches and deployments, as well as from explosions and collisions.

Viagra Linked to Much Lower Risk of Death in Men, But Questions Remain : ScienceAlert
Dogs Can Be Aggressive For Lots of Reasons, And One of Them Is You : ScienceAlert
‘Funky Worm’ Fossil Helps Explain The Mysterious Origins of Amphibians : ScienceAlert
People Who Don’t Exist Look More Real Than Actual People, Study Finds : ScienceAlert
Physicists Break Record Firing a Laser Down Their University Corridor : ScienceAlert