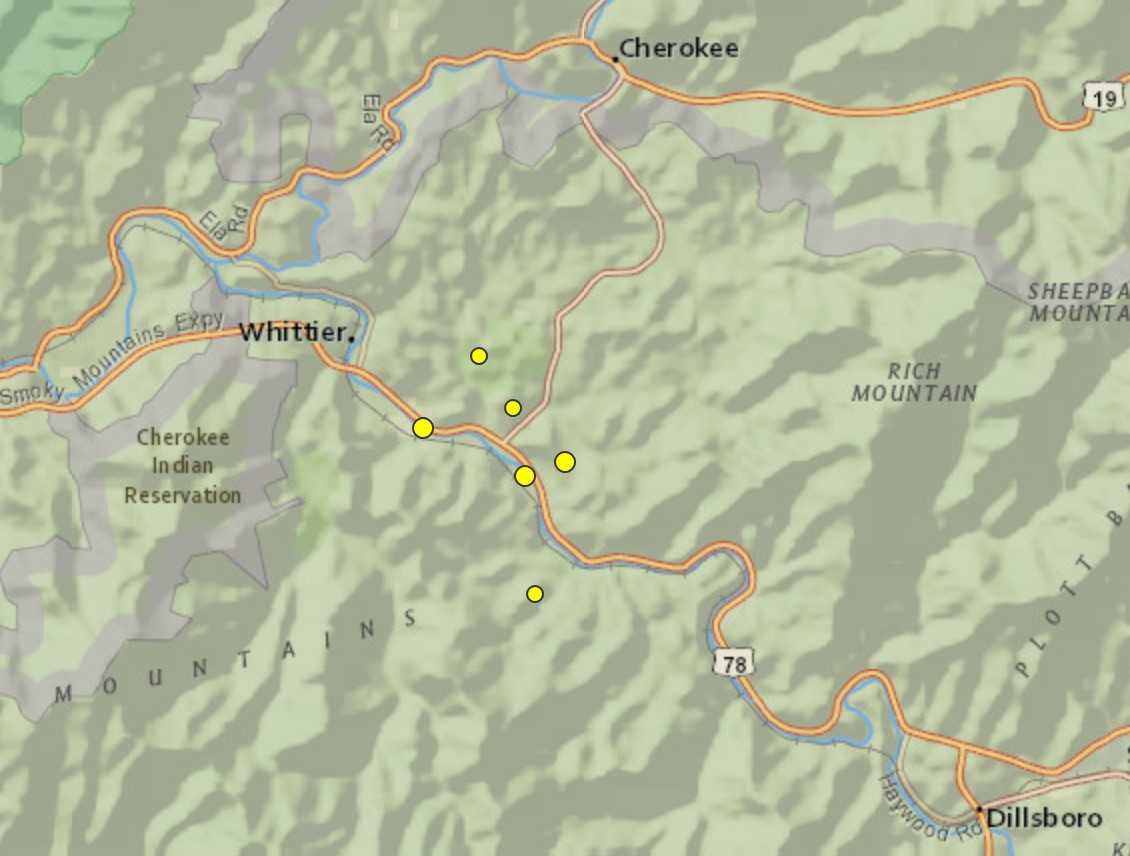 
There are no active fault zones in North Carolina.

But one area of the North Carolina mountains has had six small earthquakes in five days. Weird no?

The quakes have all been within a couple miles of each other near Cherokee, North Carolina, in the Great Smoky Mountains.

None of the earthquakes caused damage or injuries.

The biggest quake measured M2.5 and occurred around 11:30 p.m. Wednesday about 2.5 miles southwest of Cherokee. Below a summary of the tremors:

The major faults of Western North Carolina discovered thus far are ancient, and none are known to be active. With further detailed geologic mapping, more fault lines will likely be identified.

The known faults do not correspond with the locations of historic earthquake epicenters which are:

So sometimes, North Carolina experiences earthquakes. Large and damaging earthquakes are rare, with most earthquakes having a magnitude of less than 3.0. But such a high number of eartquakes in such a short timescale is kind of weird for this state situated upon a passive and not active continental margin.

Hypertension Drug Shown to Extend Lifespan And Slow Aging in Animals : ScienceAlert
Scientists Reveal The Most Distant Galaxy We’ve Ever Found : ScienceAlert
Study of 500,000 Medical Records Links Viruses to Alzheimer’s Again And Again : ScienceAlert
Babies May Not Be Born With a Microbiome After All, Scientists Say : ScienceAlert
JWST Has Found Life’s Elemental Building Blocks in The Depths of Darkest Space : ScienceAlert