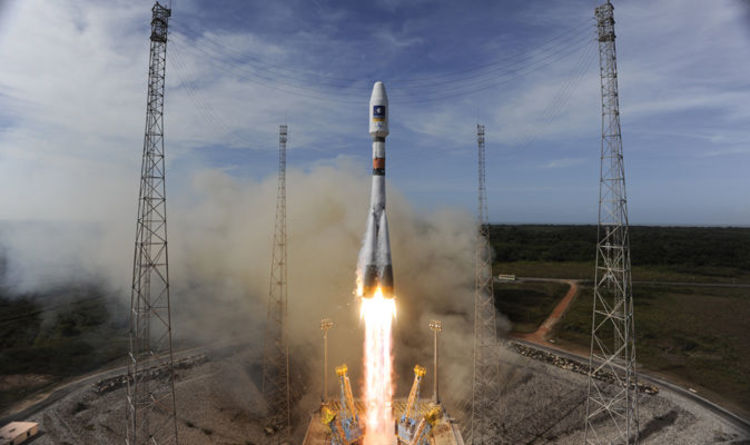 
Despite Britain contributing £1.2billion of the estimated £8.5billion into the experimental Galileo GPS system UK scientists will not be involved post-Brexit.

As Britain prepares to leave the EU, the European Commission said it would “no longer be appropriate” for the country to be involved following Brexit in 2019.

But today Britain hit back with the Ministry of Defence announcing plans for its own £4billion satellite navigation project.

The RAF will explore the military requirements for a UK global navigation system.

Additionally, British officials will look to collaborate on the project with other close allies such as Canada, New Zealand, Australia and the US.

Australia, which has recently announced plans to create its own space agency, is said to be interested in joining the UK on the project, two Whitehall officials told the Financial Times.

Industry and Whitehall officials also told the outlet that Britain will take tenders for initial engineering and design over the next few months.

One source said: “For the industry to carry out any work on a UK system they will need contracts.”

A recent study found that if the UK were to launch its own satellite system, it would bring in £3.7billion and create up to 5,000 jobs.

The fact that there has been a study would suggest Britain has been pondering this idea for some time.

The unnamed industry official told the Financial Times: “This idea for a UK system has not suddenly appeared out of nowhere.”

Brussels has largely sought to entirely freeze Britain out of the Galileo project after its decision to leave the EU back in June 2016, which has created a series of rifts between the European Commission and Westminster.

Since the project’s launch in 2003, the UK has funded roughly 12 percent of Galileo’s annual budget.

EU bosses have maintained that Britain will lose access to Galileo as a result of Brexit, most notably the satellite navigation system’s Public Regulated Service – an Encrypted signal available to government agencies, militaries and emergency services.