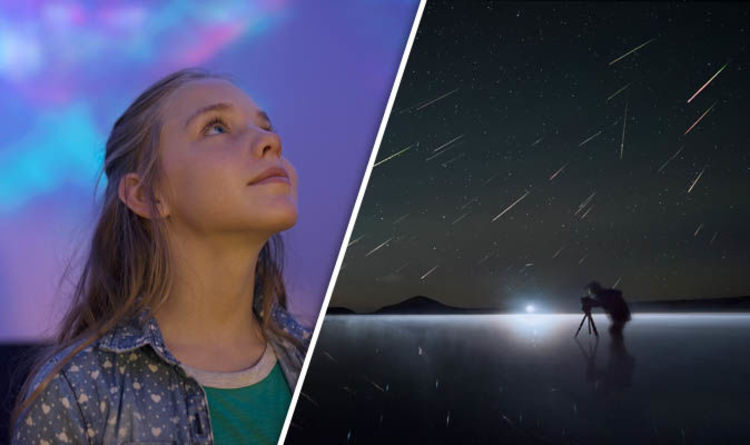 
While normally one of the year’s most spectacular shows, the Quadrantids won’t be at their best in 2018 following the Full Wolf Supermoon’s illumination of the sky this week.

The Royal Observatory of Greenwich said: “The Quadrantid meteor shower is among the most active meteor showers, and has been known to produce around 50-100 meteors per hour on a clear night.

“Unfortunately, the first major shower of 2018 will peak close to a full moon, which may obscure the shower.”

A January skywatching guide released by the NASA Hubble Space Telescope Mission Team says the 2018 Quadrantids should produce up to 40 meteors per hour.

The celestial display is expected to peak between 9pm and 10pm GMT and only lasts a few hours in total.

This means you only have a short window to view these spectacular meteors so make sure you follow these points to maximise your chances.

How to watch the Quadrantid meteor shower

Luckily, the Quadrantids favour the Northern Hemisphere as the shower’s radiant point is located far north across the sky’s dome.

EarthSky advises getting away from all sources of light pollution including street lighting and finding a comfortable spot to wait.

The Quadrantids can be seen with the naked eye so leave behind specialist equipment such as binoculars and telescopes.

Allow yourself about 30 minutes to adjust your eyes to the dark.

The Quadrants’ radiant – the point where they seem to originate from – is the Big Dipper.

You can look towards it in the night sky but it’s not really necessary.

EarthSky said: “You just have to be at mid-northern or far-northern latitudes, up in the wee hours of the morning and hope the peak comes at just the right time to your part of the world.

“The meteors will radiate from the northern sky, but appear in all parts of the sky.”

What are the Quadrantid meteors?

NASA says the Quadrantids originate from the asteroid 2003 EH1.