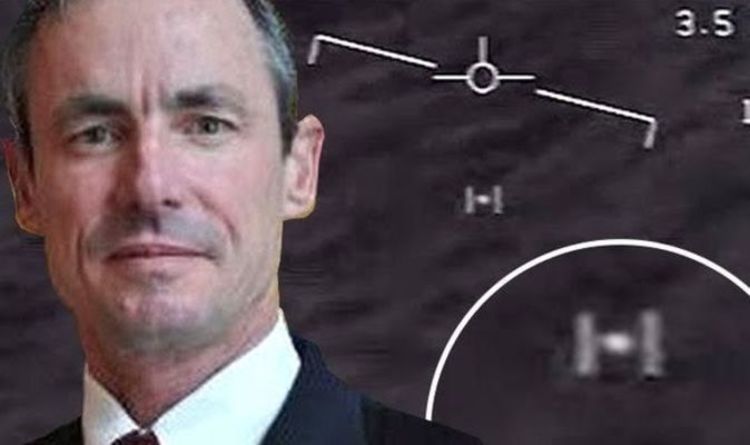 
Mr Mellon had high-level clearance, was on a committee with oversight of all Department of Defence (DoD) special access programmes, spent a decade on the Senate Intelligence Committee and also work on classified projects at the Area 51 top secret US Air Force base in Nevada.

He is now part of the To The Stars Academy UFO research group formed by former Blink 182 singer Tom DeLongue, which has released a number of US military videos seemingly showing UFOs.

Mr Mellon said the unexplained craft in these videos could be proof of visiting aliens or that the Chines or Russians have developed far superior technology to the US.

Mr Mellon wrote that the government needs to do far more to investigate reports of unexplained objects flying around the sky.

Writing in The Washington Post, he said: “A number of videos of US pilots encountering unexplained objects appear to suggest that there exists aircraft far superior to anything known to be held by America or its allies.

“Those might not be the work of alien civilisations – but if they are not, they appear to suggest that another Earth-bound country such as China or Russia has technology that we do not know about.

“Either way, the strange and unexplained videos appear to suggest that there is something that urgently needs to be investigated.

“But up and down the chain of command in the Pentagon people are anxious about treating the bizarre videos as connected events rather than strange individual occurrences.

“If these craft mean that Russia, China or some other nation is concealing an astonishing technological breakthrough to quietly extend its lead, surely we should respond as we did then.

“Or, if these craft really aren’t from Earth, then the need to figure out what they are is even more urgent.”

However, he said the issue was not addressed as senior intelligence officials feared being ridiculed for taking it seriously.

”This is true up and down the chain of command, and it is a serious and recurring impediment to progress.”

Mr Mellon spoke out after the To The Stars Academy released a third video filmed by a US Navy pilot radar allegedly showing a UFO.

The case was looked at by the US Department of Defense (DoD) Advanced Aerial Threat Identification Program (AATIP) which ran from 2007 to 2012, but was disbanded after being branded ineffective.

Neither the DoD or US Pentagon will comment on Mr Mellon’s claims.

Scientists Reveal The Most Distant Galaxy We’ve Ever Found : ScienceAlert
Dogs Can Be Aggressive For Lots of Reasons, And One of Them Is You : ScienceAlert
JWST Has Found Life’s Elemental Building Blocks in The Depths of Darkest Space : ScienceAlert
Scientists Create Shapeshifting Humanoid Robot That Can Liquefy And Reform : ScienceAlert
‘Funky Worm’ Fossil Helps Explain The Mysterious Origins of Amphibians : ScienceAlert