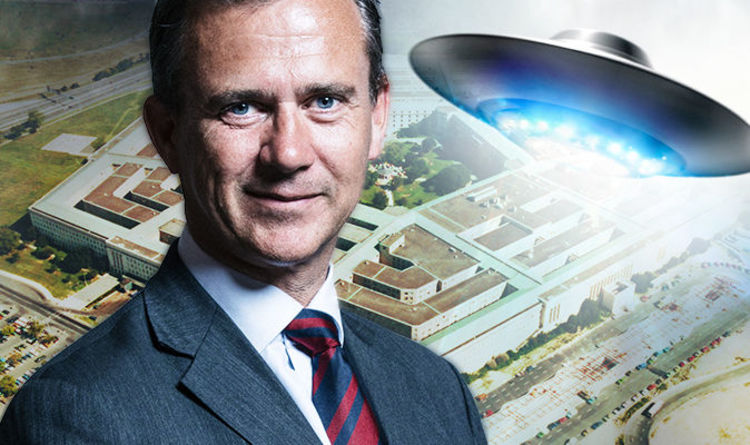 
US Government officials previously denied having any interest in the UFO phenomenon since the 1960s when a series of investigations ended.

The revelations were accompanied by video filmed of a US Navy pilot’s radar showing apparent UFO said to have been seen by several witnesses, and which investigators claimed defied physics.

UK UFO hunters had hoped the British authorities may have felt compelled to reveal details of any secret UFO programs that may have been running over here.

The response is likely to leave them disappointed.

In response to questions, MP Mark Lancaster, Minister of State for the armed forces, said there were no plans for the MoD to make any announcements in the wake of the Pentagon UFO disclosures.

The MP said the MoD had completed a one off study into UFOs previously and there would be no repeats.

He added: “This study concluded that most UFO sightings could be attributed to the misidentification of common objects, or were most likely the result of some meteorological phenomena.”

Mr Lancaster went on to say the MoD had no opinion on whether aliens exist.

He added: “You may wish to be aware that the MoD has no opinion on the existence, or otherwise, of extraterrestrial life.

“Furthermore, the MoD ceased investigating UFO reports after 2009 because they served no defence purpose.”

Reddit users have launched a fierce debate about the letter, with some concluding it was an admission there are UFOs.

Referring to the point that “most” UFO sightings were explained, one person with the user name Joe Mangle, said: “Yes, but we’re interested in the other ones, aren’t we?”

Dave Gydeon said: “Actually, I read this letter as disclosure in disguise. “At the beginning of the final paragraph, it suddenly mentions extraterrestrials.

“Nobody mentioned ETs. The MoD did.

“In fact, the entire point of the request was to confirm whether they acknowledge whether UFOs exist or not. “Now the MOD is denying they are extraterrestrial in origin. Seems like they kind of let the cat out of the bag.”

Others thought it was a sensible response. A user posting as Heavens Lent said: “To me, it’s just common sense. “Either way, how is it ‘letting the cat out of the bag’?”