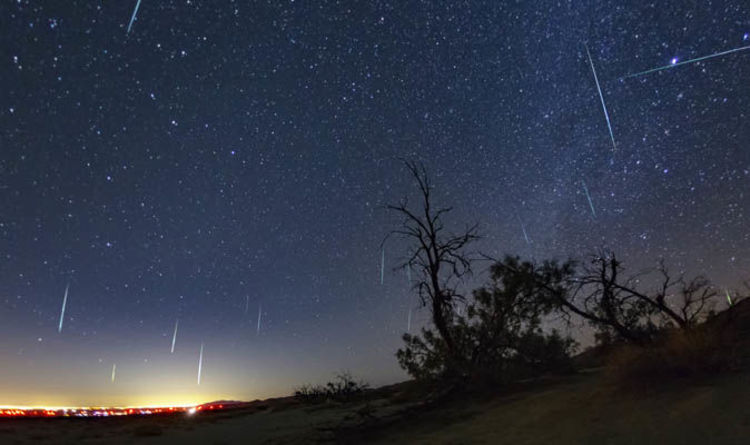 
Meteor showers are the moment shooting stars whizz across the sky at high speed in a dazzling celestial display.

Named after the constellation from which they originate, meteor showers vary in size with the best ones producing up to 120 shooting stars an hour.

There are several meteor showers a year but just a few remain for 2018.

The good news is that you still have plenty of time to catch one as long as you plan ahead.

When is the next meteor shower? Can you watch it in the UK?

Right now, the Orionids are visible and they will not be peaking until between midnight and dawn on October 21 and 22.

However they can only be seen as long as there is a clear sky when looking into space.

But do not worry there is still plenty of time as the Orionids will remain shining bright until November 7.

How to watch the Orionids

The Royal Observatory Greenwich (ROG) says the Orionid Meteor Shower “is one of the best known and most reliable meteor showers in the annual calendar, visible from across the globe”.

ROG on its website said: “Some people view the shower as extra special as the meteors are actually pieces of Comet 1P/Halley, famously known as Halley’s comet.

“The famous comet swings by the earth only once every 75 to 76 years but this annual shower provides some compensation for those who may miss that once in a lifetime event.”