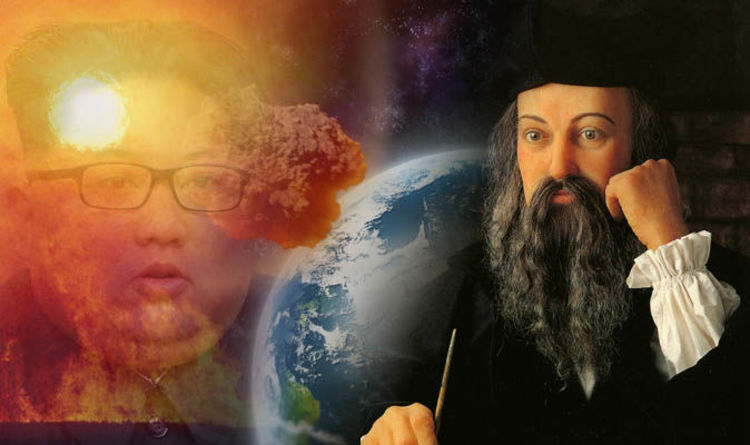 Michele de Nostredame, was a 16th century French apothecary and seer who many conspiracists tout as the greatest prophet to ever walk the Earth.

The prophet left his mark on history in 1555 with his magnum opus, the Les Propheties, a mythic collection of predictions about the future.

Many believe the book correctly predicted the rise of Adolf Hitler as well as the 1666 Great Fire of London.

Conspiracy theorists who have studied Nostradamus’ supposed prophecies over decades, have now broken the silence to warn the planet of impeding doom.

Here are some of the most terrifying Nostradamus predictions which so-called truthers believe will come to pass in 2018.

Asteroid strike to wipe out life as we know it

In a bizarre video titled “Predictions of Nostradamus 2018-Greenland Ice Melting Like a Popsicle-Real Dangers of Climate Change”, the YouTuber warns of a comet barreling towards the planet.

The video says: “An asteroid strike is expected as Nostradamus has been interpreted as saying for the year 2018:

“‘A moment of great violence will coincide with the appearance of a comet in the sky.

“‘A nuclear terrorism and natural catastrophes will destroy our planet.’”

Nostradamus 2018: Conspiracists believe the world could end in 2018

The outbreak of World War 3

Not since the Cold War has the world so precariously stood on the brink of nuclear war, and some conspiracists think we could be about to reach the tipping point.

With North Korea and the United States rattling sabres in the far East, some have pointed towards this 1555 passage by the French prophet:


“Twice put up and twice cast down,

Those who buy into hogwash theories about the world ending, fear this passage is evidence of war between the US and North Korea. 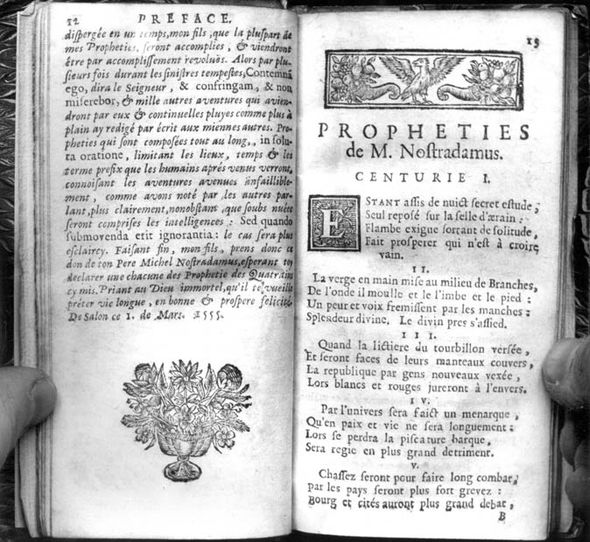 Nostradamus wrote his predictions in his magnum opus, the Les Propheties

Elsewhere another passage of war suggests a third global conflict could break out in the heart of Europe.

Nostradamus wrote: “The big war will start in France and all Europe will be attacked,

“It will be long and terrifying for everyone,

“And then finally there will be peace but only a few will enjoy it.

Another chilling prediction supposedly foreshadowed the eruption of Mount Vesuvius in Italy, which will leave thousands of people dead.

Skywatch Media News said: “The history of this volcano is very compelling as are the predictions of its awakening that are forthcoming in the book of prophecy.

“Here it is said that the volcano will shake the earth every five minutes, resulting in the loss of many lives.

“What is so compelling about this writing is that in 2016 more than one-and-a-half million people were wanted they are dwelling in the midst of a super volcano that coil erupt at any moment, creating a global catastrophe.”

Nostradamus is also believed to have predicted earth-shattering earthquakes which will split the US in half. 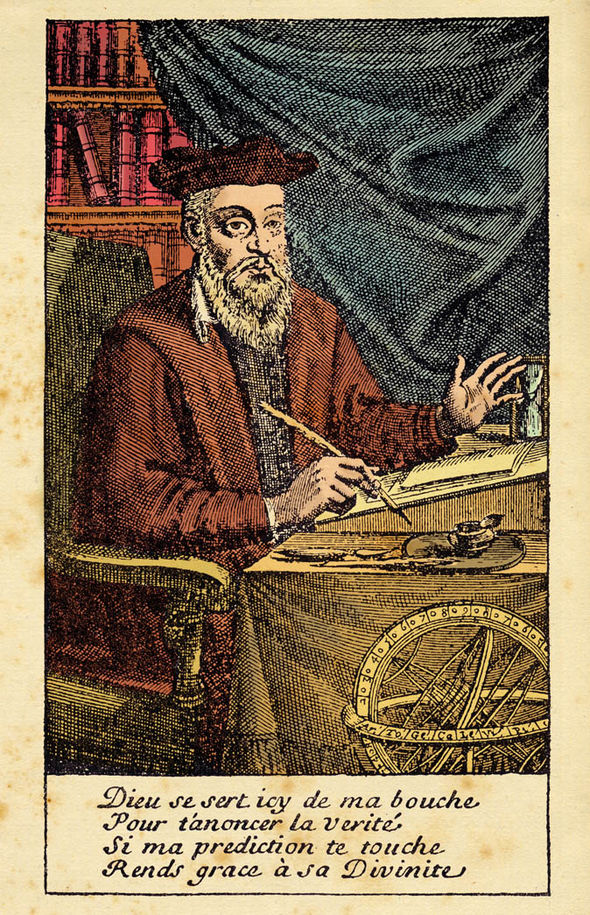 Nostradamus 2018 predictions: The so-called prophecies need to be taken with a pinch of salt

The collapse of global economy

Skywatch Media News explained: “The collapse of economy would come through war and through natural disasters.

“Today we see a national debt which has far-reaching effects for the next generations.

“Instead of taking responsibility for the debt we continue to spend like there is no tomorrow.” 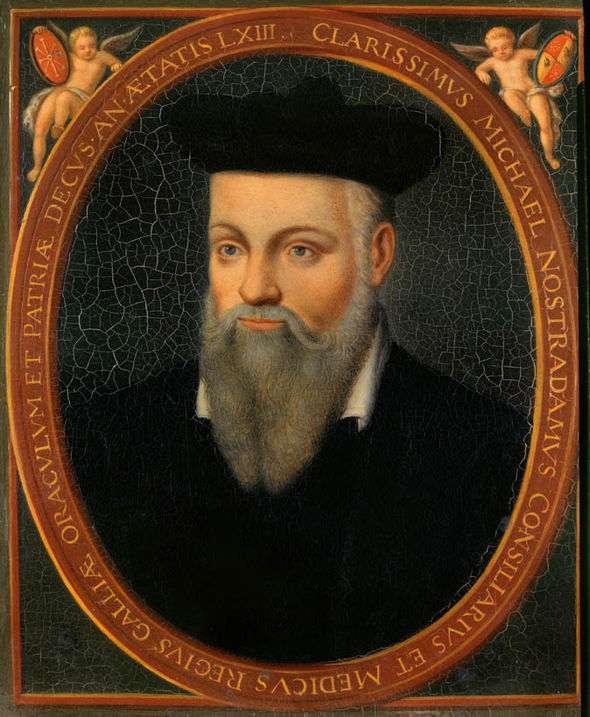 Nostradamus: There is no evidence to support claims the French prophet could see into the future

Will any of these prophecies come true?

There is absolutely nothing to support the claims that Nostradamus works are truly prophetic and not just a collection of misinterpreted poems.

Brian Dunning, science writer and creator of the Skeptoid Podcast, branded Nostradamus predictions a load of bunkum and hogwash.

He said in his podcast: “Michel de Nostredame was truly one of the brilliant lights of his day, but to subscribe to false stories and urban legends is to disrespect who the man actually was.