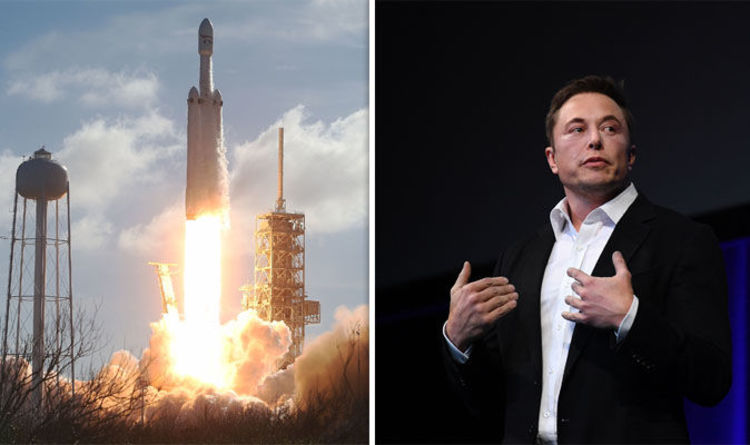 
Mr Musk’s SpaceX is leading the charge in commercial space travel, but other companies such as Blue Origin, which is owned by Amazon founder Jeff Bezos, are also in the fray.

Yesterday, SpaceX made history after successfully launching a payload in to space on the world’s most powerful and heaviest rocket to date.

In light of that, billionaire Mr Musk says SpaceX’s ambition will act as motivation to other companies to create a new age space race, much like the one between the USA and the Soviet Union which eventually led to humans stepping foot on the moon.

After the launch, the South African-born entrepreneur said: “I think it’s going to open up a sense of possibility.

“We want a new space race. Space races are exciting.

“I think it’s going to encourage other companies and countries to say, ‘hey, if SpaceX, which is a commercial company, and it can do this, and nobody paid for Falcon Heavy, it was paid with internal funds’, then they could do it too.

“So I think it’s going to encourage other countries and companies to raise their sights and say, ‘we can do bigger and better’, which is great.”

However, Mr Musk admits a new space race would not come cheap or easy.

He continued: “Our investment to date is probably a lot more than I’d like to admit. Over half a billion, probably more.

“We tried to cancel the Falcon Heavy program three times at SpaceX. Because it was like, ‘man, this is way harder than we thought’.

“The initial idea was just, you stick on two first stages as side boosters — how hard can it be? Way hard.”

The Falcon Heavy became the most powerful commercial rocket in the world following its successful launch from the Kennedy Space Centre in Florida.

The rocket blasted off with a cargo of a $100,000 Tesla Roadster with a spacesuit-wearing mannequin called Starman. The car radio is now playing David Bowie’s Space Oddity on repeat.

Thousands of spectators gathered on the beaches of Florida to watch the Falcon Heavy rocket take off from launch pad 39A – which launched Apollo 10 in 1969.