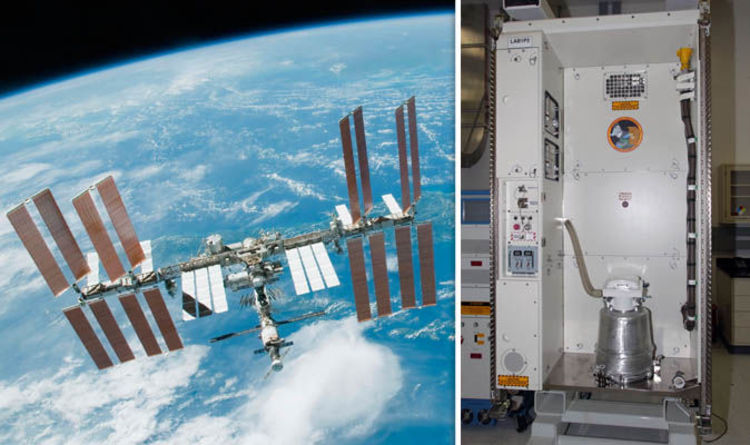 
The American astronaut broke the record for the longest single spaceflight by a woman after she spent a staggering 665 days in orbit.

Whitson returned to earth on September 3, 2017 when her Soyuz capsule landed in Kazakhstan shortly after sunrise.

Along with performing her tenth career EVA and accruing a cumulative EVA time more than 60 hours, during her time in space she also had to master one delicate process – the art of going to the toilet in space.

According to Dr Whitson, being part of the research crews onboard the ISS was “incredibly satisfying and gratifying”.

But she stressed she will not miss the £14,261.78 ($19,000) toilets, officially known as the Waste and Hygiene Compartment, mounted in the orbital laboratory.

The astronaut said: “The space station is not really a hotel yet. I would call it a camping trip.”

The problem with just about anything in a zero gravity environment is things tend to fly away and bounce around if not secured.

Space toilets are no exception to this rule and as such are equipped with a variety of tools to keep the space station clean and sanitary.

Using the toilet for regular business is “relatively easy” the astronaut said, thanks to a personal funnel and suction fan used to collect urine.

Seemingly nothing on the ISS goes to waste and the collected urine is filtered for more than a week before it is repurposed as drinking water.

Dr Whitson said: “We want a closed loop system, which means we have to recycle all our water.”

About 80 to 85 percent of all liquid waste is recycled into water and the rest is disposed of.

But the astronauts face a bigger challenge when they need to use the toilets for longer durations.

The tiny ISS cubicle toilets suction away all waste through a roughly-plate sized toilet hole.

Astronauts need to strap themselves in with leg restraints and trust the vacuum cleaner-like toilets do their job.

After the astronauts are done, the excrement is sealed up in a plastic bag for disposal.

But system failures happen every once in a while, which can be quite troubling for the astronauts trying to get about their work.

The astronaut revealed: “After it starts getting full you have to put a rubber glove on and pack it down.”

And occasionally the astronauts will have to play catch with any stray waste material they may find wafting around the cramped space station.

All solid waste collected by the space toilets is mixed with other ISS rubbish and blasted off towards Earth to spectacularly burn up in the atmosphere upon reentry.

According to NASA, all astronauts follow hygiene routines on the ISS identical to those back on Earth.

Astronauts simply sleep, eat, shower and go to the bathroom with the added disadvantage of being suspended mid-air.

The Science Behind Why You Sprain Your Ankle So Often, And What You Can Do About It : ScienceAlert
A Tobacco Plant Has Been Engineered to Produce Cocaine in Its Leaves : ScienceAlert
Octopus Brains Evolved to Share a Surprising Trait in With Our Brains : ScienceAlert
Oldest Known Dog Bone Hints Our Best Friends Were With Us Earlier Than Thought : ScienceAlert
The FDA Just Approved The Most Expensive Drug in The World : ScienceAlert