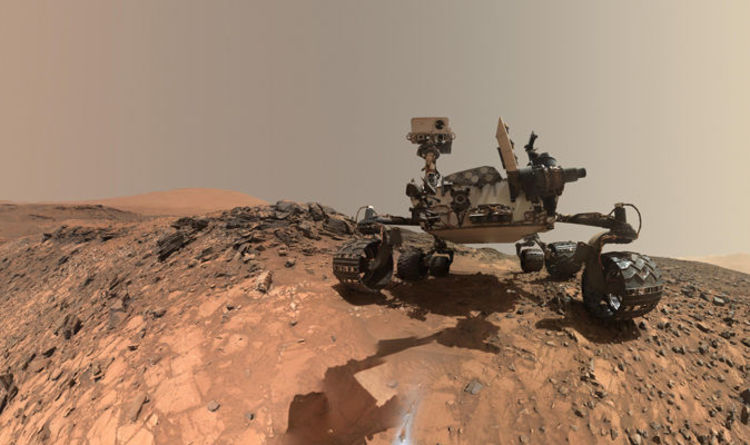 
NASA unveiled one of the biggest signs yet that life may have once existed on Mars on Thursday when the space agency revealed the Curiosity Rover had found ancient organic molecules that are the building blocks for life.

The discovery also leaves open the possibility that microorganisms might populate the planet.

NASA was understandably overjoyed by the discovery, implying that more major findings could be on the way.

One space expert has argued that the findings are a major breakthrough, not least in the search for life, but also because the likes of NASA will get more funding to perform the searches.

Monica Grady, Professor of Planetary and Space Sciences at The Open University, wrote in an article for the Conversation: “What the study has done is to propel the search for life on Mars higher up the list of international space exploration priorities – giving space agencies ammunition to argue for a coordinated programme of missions to explore the Red Planet.”

“There is still much to be discovered on Mars. Luckily, a series of missions planned well into the next decade will help us make those discoveries.

“These include the return of Martian samples to Earth, where we can carry out even more detailed analyses than Curiosity.”

Thomas Zurbuchen, associate administrator for the Science Mission Directorate at NASA Headquarters, praised the findings and said he is positive NASA’s search for alien life is headed in the right direction.

The space expert said: “With these new findings, Mars is telling us to stay the course and keep searching for evidence of life.

“I’m confident that our ongoing and planned missions will unlock even more breathtaking discoveries on the Red Planet.”

Curiosity’s project scientist, Ashwin Vasavada of Nasa’s Jet Propulsion Laboratory in Pasadena, California, added: “The chances of being able to find signs of ancient life with future missions, if life ever was present, just went up.”

However the molecules can also be produced by chemical reactions unrelated to life, and the scientists said it is premature to know whether or not the compounds were created in biological processes.

Dr Jennifer Eigenbrode, whose main area of expertise is astrobiology, said methane molecules found on Mars may have come from life.

But she said the information on hand did not tell NASA exactly where the molecules came from.

She explained the Mars Curiosity rover is able to drill just 5cm into the surface of the planet to search for signs of life.

Cannabis For Pain Relief? Review of 20 Studies Provides Sobering Results : ScienceAlert
A Tobacco Plant Has Been Engineered to Produce Cocaine in Its Leaves : ScienceAlert
Engineers Propose an Ambitious Plan to Bury Excess Carbon at The Bottom of The Ocean : ScienceAlert
Lyme Disease Is on The Rise, But There Might Be Hope in a New Vaccine : ScienceAlert
Forests at Risk of Burning an Extra 30 Days a Year Without Climate Action : ScienceAlert