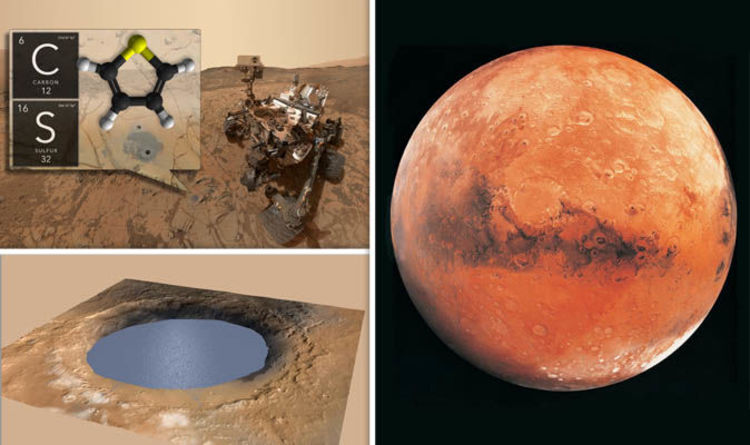 
The Curiosity rover came across trace amounts of organic carbon compounds sealed below the surface of Mars, indicating life may have once thrived on the planet.

The shock discovery was presented to the world on Thursday in a live broadcast press conference watched by thousands around the globe.

Dr Naderi proudly said: “The Holy Grail. Ever since we landed on Mars, we have been looking for organic molecules— the complex carbon chains that on Earth form the building blocks of life.

“Today NASA reported Curiosity rover has finally detected them. Not life but we are a step closer.”

The Mars Curiosity rover came across the organic matter after drilling for rock samples in an ancient lakebed in the Gale Crater.

The unmanned research platform dug several centimetres into the barren surface of Mars to extract samples of mudstone at least three billion-years-old.

The rock samples were then heated up and analysed to find organic compounds such as thiophenes, benzene, toluene, propane and butene.

Although the organic matter is an exciting discovery, it does not necessarily prove ancient life thrived on Mars billions of years ago.

But the space agency is positive the foundations have been set for scientists to one day crack the mystery.

He said: “With these new findings, Mars is telling us to stay the course and keep searching for evidence of life.

“I’m confident that our ongoing and planned missions will unlock even more breathtaking discoveries on the Red Planet.”

Dr Rachael Livermore, University of Melbourne, added: “It is not a smoking gun but it’s very much in line with what we would expect to find if there was once life on Mars.

“So there were two results – there was a seasonal release of methane but also within the rocks in what was once a lakebed surface of Mars, Curiosity has actually found organic compounds.

“These are things which on Earth would be what was leftover from early life and so it’s possible – not definite – but certainly possible this has come from early life on Mars many billions of years ago.”