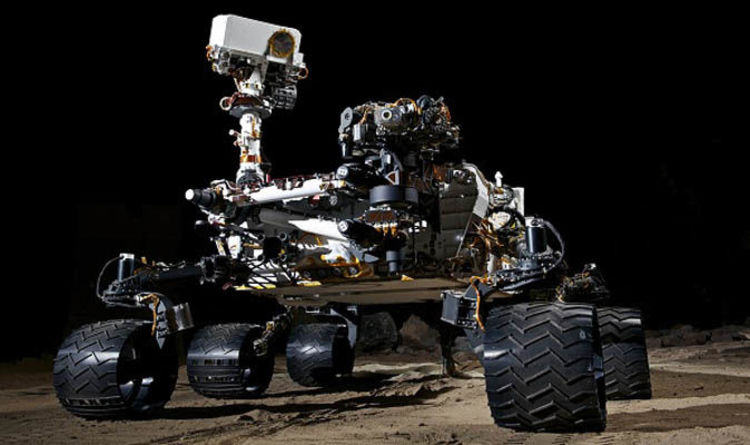 
NASA is hosting a live announcement today after they discovered a major finding on Mars earlier this week.

The space agency will be unveiling the discovery to the world, which was found by one of their robotic rovers on the planet’s surface.

The live broadcast started at 7pm BST (2pm EDT) and shows the latest findings from Mars.

Many are expecting NASA to announce the discovery of ancient life or aliens during the announcement, with former British Ministry of Defence employee Nick Pope predicting the unveiling of previously undiscovered organic material from the surface of the red planet.

Where can you watch the latest NASA announcement?

NASA will be broadcasting live at 7pm today BST from their official website.

The discovery was first announced earlier this week when the Curiosity Rover beamed back data to scientists back home.

NASA announced they would be revealing the discovery from Curiosity today, keeping the details a secret.

The rover Curiosity has been on Mars since August 2012, collecting data to beam back to NASA scientists, in an attempt to understand if the red planet could ever host alien life.

A range of experts will attend the live broadcast conference, many of whom appear to investigate organic molecules, prompting theorists to suggest the announcement will provide evidence of life on Mars.

Attendees include Paul Mahaffy, who leads the Solar System Exploration Division at NASA’s Goddard Space Flight Center and is in charge of the analysis of samples collected by Curiosity. Researchers in geophysics and atmospheric chemistry will also attend.

NASA has also requested members of the public to send in questions to be asked in the conference. Questions and requests can be posted on social media with the hashtag #AskNasa.

Cannabis For Pain Relief? Review of 20 Studies Provides Sobering Results : ScienceAlert
Chilling Glimpse Into Our Future if We Survive Another Million Years : ScienceAlert
Mars Once Had So Much Water, It Could Have Been An Ocean World, Scientists Say : ScienceAlert
Astronomers Spot The Biggest Galaxy Ever, And The Scale Will Break Your Brain : ScienceAlert
A ‘Wormhole’ Built on a Quantum Computer Teleported Information as Predicted : ScienceAlert