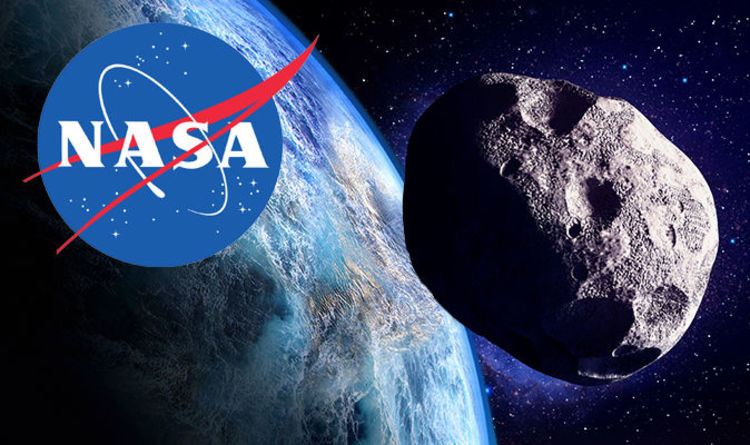 NASA maintains the asteroid is no longer a threat but conspiracy theorists are no longer convinced.

The space rock in question is a mile and a half long object known as 2002 NT7, which was first discovered 15 years ago.

And the US space agency previously said there was a chance of the asteroid impacting the Earth in February 2019, but then withdrew its official announcement.

The earlier announcement said there was a “low probability of impact in 2019”.

It was said that there was a slim chance of 2002 NT7 hitting the planet on February 1 2002 with the force of 30 million nuclear bombs.

Calculations were so specific scientists even gave the asteroid a time of arrival, 11.47am.

NASA retracted the statement just four days later, saying it had “re-evaluated the asteroid and it was no longer a danger.”

Conspiracy theorists claim this quick change of the space agency’s story was part of a “cover-up” – but NASA insists it was just due to a recalculation.

If a space rock that big were to hit us, there would be “worldwide effects”.

An asteroid the size and speed of 2002 NT7 could wipe out a continent and cause worldwide climate change, Dailystar.co.uk reports.

Initial reports of the announcement of the asteroid back in 2002 suggested the odds of impact were one in 75,000 and rising.

And it was predicted to strike Earth at 17 miles per second with the force of 30 million Hiroshima bombs – equal to 450 million tonnes of TNT. 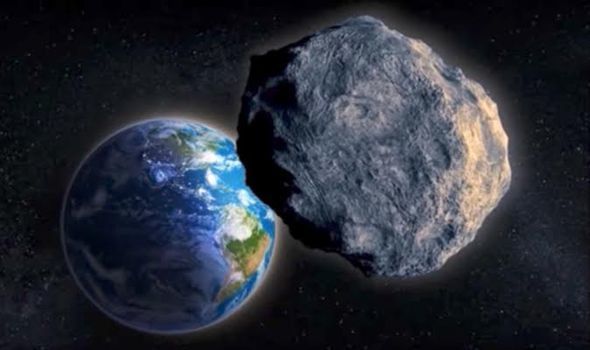 Conspiracy theorists have accused NASA of a cover up over the space rock.


After all the talk kicked up, just four days later, four days, which out of all that time just four days of observations there is no way it changed their calculations that much


Numerous blogs and conspiracy websites have since accused the space agency of “changing its story” on the asteroid.

There are dozens of videos on YouTube warning of the impending apocalypse in early 2019.

2002 NT7 was the one of the first asteroids ever to be rated “impact risk positive” and its collision was estimated to be 28 times more likely than winning the lottery.

At the time, Dr Benny Peiser, from Liverpool John Moores University, said: “We are talking about a global disaster of apocalyptic dimensions if an asteroid that size were to hit us.”

But then after four days of global frenzy about the asteroid, NASA suddenly announced there was nothing to worry about.

Scientists had followed the rock, and determined it was no longer a threat to Earth after “processing a few more observations”.

However, some are not convinced, and believe it was a U-turn to stop mass panic.

YouTuber Justin Knight, who has 300,000 subscribers to his channel Dahboo77: Underground World News, said: “After all the talk kicked up, just four days later, four days, which out of all that time just four days of observations there is no way it changed their calculations that much.

“But they are saying it did, and they did not believe and are ruling out the possibility of an impact on February 1, 2019.”

At least three other YouTube videos alleging a NASA cover-up have also been removed from the sharing website.

Space news and conspiracy blog website Space.news also questioned whether the asteroid had been covered up.

In an article, it described NASA’s change of statement as “suspicious” and questioned whether it was “sincere or devious”.

They said: “NASA’s prompt backpeddaling of their statement had many people more worried about whether the agency was telling the truth than the asteroid threat itself.”

Now, the general scientific consensus is that 2002 NT7 will not hit Earth in February next year.

The asteroid has since been removed from NASA’s risk table after the intial hysteria, and it now estimated to pass Earth on January 13, 2019.

In fact, NASA says 2002 NT7 will come only within 38 million miles of Earth – further away than Mars.

According to NASA, when an asteroid is first discovered, less is known about its orbit, so it is always initially considered more of a risk.

It said in a statement: “This is an example of the type of scenario that we can expect as some types of near-Earth objects are discovered.

“Other recently discovered near-Earth asteroids will be added to the Risk page until their orbits are refined and they are then dropped off the list of closely watched objects.

“This is how the system is expected to work and any initial indication of a low-probability Earth impact followed by a removal of that event from our IMPACT RISKS tables should not be considered a mistake.

“It is a natural result of the on-going process of monitoring the motions of near-Earth objects.”