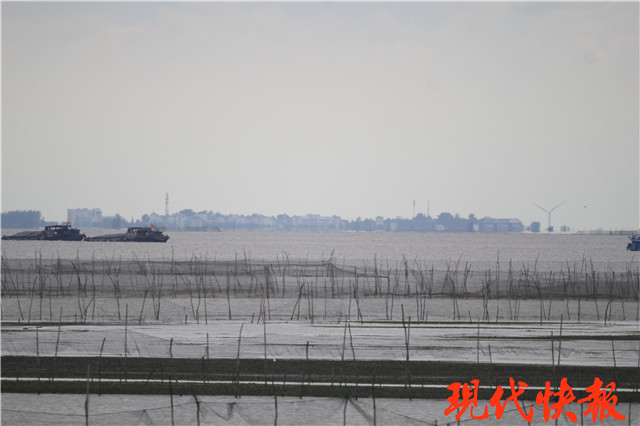 
Onlookers were left baffled after they witnessed the appearance of a massive ancient city on Hongze Lake in Eastern China’s Jiangsu Province.

Footage shows eerie details, such as an array of old and new buildings with even a wind turbine spinning around. However, there’s just one problem – it doesn’t exist.

The intriguing appearance of the ghost city and its unusual buildings left many locals mystified, as they rushed to the shoreline to witness the phenomenon.

But, before you think supernatural forces were at work, it’s believed that the ‘city on the lake‘ was actually a mirage, caused by humid weather conditions.

Mirages are caused when moisture in the air becomes warmer than the lake below – this causes sunlight to be refracted, which in turn reflects a physical object in the air.

A tell tale sign of a mirage is the unusual shimmer that is created around the image.

This isn’t the first time that odd things have been seen on the lake. Local archives have recorded numerous instances of the phenomenon dating back to the 1950s.

But the mirage on August 4, 2019, was one of the clearest ever recorded in the area.

And what is actually the original site of the reflection captured on this footage. A sunken city? Some kind of hologram? Project Blue Beam? A similar phenomenon baffled onlookers across the world when a mysterious city appeared in the sky over China…again.