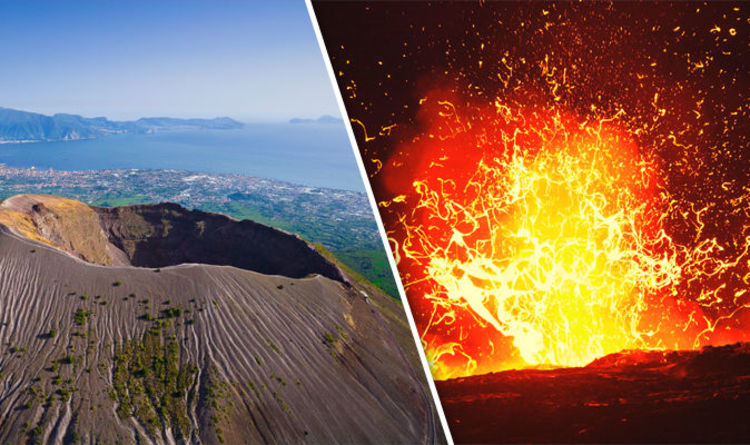 
The Italian volcano is home to one of the most famous eruptions in human history.

In 79AD when it spewed lava so violently and at such a quick speed, the volcano completely consumed the local cities of Herculaneum and Pompeii, preserving the latter so perfectly that scientists have been able to recreate the residents last moments.

Now, new research has found the people of the two cities had such little warning of the eruption that it led to one of the most gruesome forms of death imaginable.

Archaeologists at the Federico II University Hospital in Italy have conducted research into 12 sets of craniums which were recovered from the Herculaneum site.

The team found on the skulls there was a strange, red and black mineral residue which came from the inside.

Having ruled out the possibility that the iron came from any form of nearby metals, the researchers discovered something literally mind blowing.

When the volcano blasted lava towards the site at between 200 and 500 degrees Celsius, travelling at speeds between 100 and 300 kilometres per hour, the 300 people in the nearby camp would have died instantly.

The blood and brains of the victims would have been boiled in a moment, leading to a build up of steam in the cranium which had nowhere to go but through the roof of the skull.

The team write in their paper published in PLOS One: ”Here we show for the first time convincing experimental evidence suggesting the rapid vaporisation of body fluids and soft tissues of the 79 AD Herculaneum victims at death by exposure to extreme heat.

“Careful inspection of the victims’ skeletons revealed cracking and explosion of the skullcap and blackening of the outer and inner table, associated with black exudations from the skull openings and the fractured bone.

“Such effects appear to be the combined result of direct exposure to heat and an increase in intracranial steam pressure induced by brain ebullition, with skull explosion as the possible outcome.”

The volcano, located in Campagnia, last erupted in 1944 and usually has an eruption cycle of every 20 years, meaning it has been building up for almost four times that amount.

It is the most densely populated volcanic region in the world, with three million people living in the nearby city of Naples.