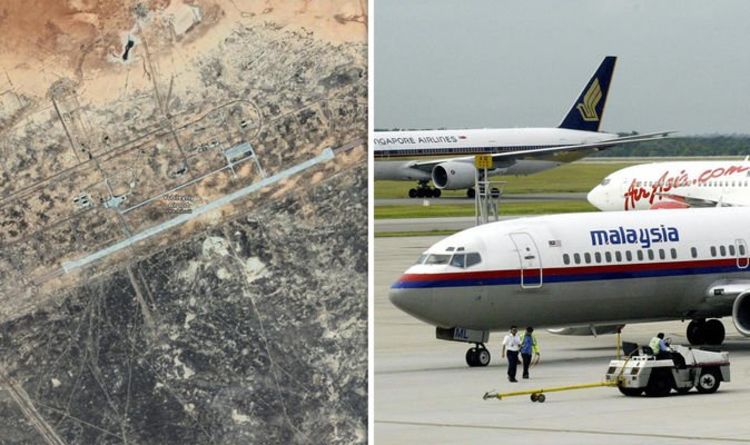 
Malaysia Airlines Flight 370 went missing on March 8, 2014, en route from Kuala Lumpur to Beijing with 239 people on board. The official investigation concluded that that its final resting place was the southern Indian Ocean based on data collected by British satellite telecommunications company Inmarsat. Inmarsat’s satellite 3F1 had been communicating with MH370 during its doomed flight, producing Burst Frequency Offset (BFO) values and Burst Timing Offset (BTO) values.

BTO values are the measure of time taken for the transmission round trip and can be used to calculate the distance between the satellite and the aircraft.

BFO values are a measure of the relative motion of the satellite and the aeroplane.

The seven pingpings that gave Inmarsat this information appeared to indicate that the plane went south, and the last pingring at 12.19am UTC seemed to imply a final position in the southern Indian Ocean.

However, aviation expert Jeff Wise has suggested that hijackers could have spoofed the BFO values, and that based on the BTO values alone, the plane could have flown north instead.

What’s more, there are other indicators that it flew north, such as the fact that the plane slowed down over time, which would be expected as the air got colder.

If the plane flew north, it would have been flying over the vast Asian continent rather than over the ocean.

Most investigators have concluded that the last pingring, the ‘half-handshake’ at 0:19, was a result of the plane rebooting after switching to its fuel reserve.

However, Mr Wise suggested that this could have been the hijackers reconfiguring the plane’s systems for landing.

The science journalist also identified a site within that country where this might have been possible – the Yubileyniy airstrip in the Baikonur Cosmodrome.

The Baikonur Cosmodrome is a spaceport that is leased to Russia and was where both Sputnik 1 and the first human spaceflight were launched from.

In 1961, Yuri Gagarin took off from the Baikonur Cosmodrome and became the first man to reach orbit.

The USSR chose this spot for its spaceport for its wide open space and remote location.

The Yubileyniy runway, constructed in the 1970s, is reportedly the only aistrip in the world specifically built for the use of self-landing aircraft.

It is made of specially reinforced concrete, twice as strong as those used in normal runways, and ground to exceptional flatness using special milling machines.

In 1988, an unmanned spacecraft successfully landed at Yubileyny after a 3-hour trip in space.

However, not long after, the USSR fell apart and the project was cancelled.

Expert Proposes a Method For Telling if We All Live in a Computer Program : ScienceAlert
Hypertension Inside Your Eye Could Be Making It Age Faster, Scientists Say : ScienceAlert
Unabated Carbon Is Shrinking Earth’s Upper Atmosphere, Scientists Warn : ScienceAlert
People in Portland Planted Trees. Decades Later, a Stunning Pattern Emerged : ScienceAlert
Mysterious Changes Identified in The Brains of People Who Get Migraines : ScienceAlert