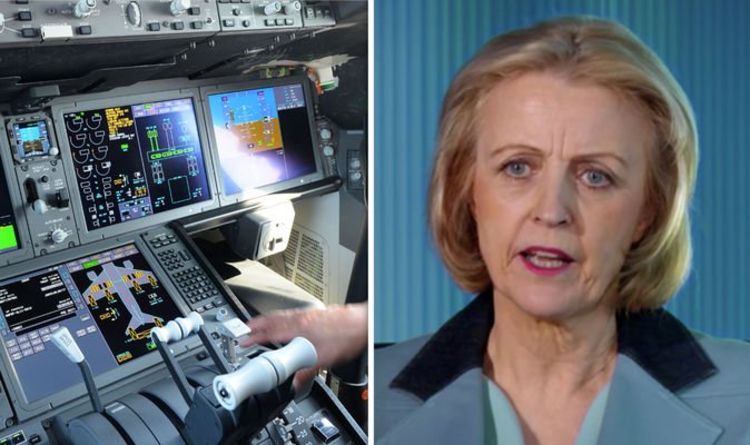 
Malaysia Airlines Flight 370 went missing on March 8, 2014, en route from Kuala Lumpur to Beijing with 239 people on board. The families of those on board have been denied closure as the real story as to what happened remains a mystery. However, experts have suggested it could have been machines, not people that were in charge of the plane in its final moments.

She explained that the plane’s computer network could have been accessed and compromised with “malware” so that the controls looked fine, but actually the plane was being taken off course.

Dr Leivesley said: “The core of this theory was that the plane was being managed by machines not people.”

She added: “You can have chips in the avionics that run the cockpit and those chips can have malware.

In this way, the pilots could have been lulled into a false sense of security and not realised anything was amiss until it was too late.

In this scenario, a hijacker could have accessed the aircraft’s network via a mobile phone or USB connection in the flight entertainment system.

Aviation security expert Jim Termini said that while this “seems unlikely”, it is not impossible.

Dr Leivesley highlighted the fact that there was missing documentation for who had access to MH370 in the hours before take-off.

She suggested that it might have been possible for someone to sneak onto the plane while it was at Kuala Lumpur Airport to launch a cyber attack.

She said: “We know from the Malaysian government reports there was a maintenance activity in February, but in the immediate period before the plane took off we don’t have that history.

“Was there an opportunity for someone to get on with a USB stick or in other ways to initiate a cyberattack on the plane so it would never reach its destination?”

If this theory is true, it could mean that many clues the official investigation pieced together to form their theory could be red herrings.

If the malware sent off inaccurate data, for example, that would mean the ‘handshakes’ between MH370 and Inmarsat’s satellite 3F1 – which suggest the plane flew out over the Indian Ocean – may be false.

Aviation expert Jeff Wise has suggested that the hijacker may have laid out a “false trail of bread crumbs” for investigators.

Mars Once Had So Much Water, It Could Have Been An Ocean World, Scientists Say : ScienceAlert
Engineers Propose an Ambitious Plan to Bury Excess Carbon at The Bottom of The Ocean : ScienceAlert
Forests at Risk of Burning an Extra 30 Days a Year Without Climate Action : ScienceAlert
A Tobacco Plant Has Been Engineered to Produce Cocaine in Its Leaves : ScienceAlert
Astronomers Spot The Biggest Galaxy Ever, And The Scale Will Break Your Brain : ScienceAlert