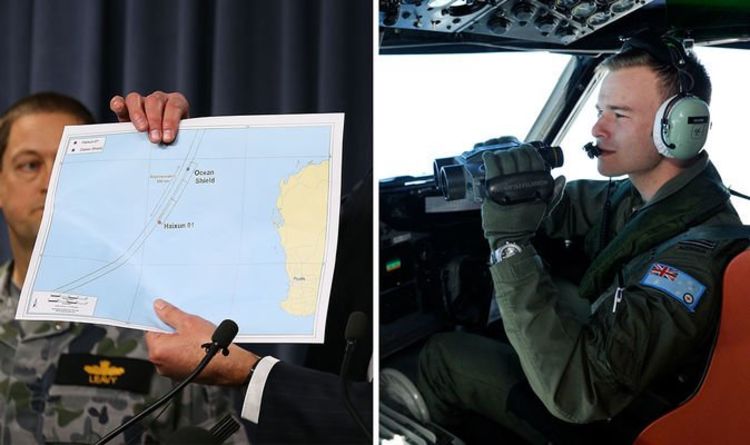 
MH370 left Kuala Lumpur Airport on March 8, 2014, destined for Beijing, China, with 239 people on board. Captain Zaharie Shah was in control of the plane when it last communicated with air traffic control at 1:19am over the South China Sea. However, moments later, the plane vanished from civilian radar screens following a routine handover from Malaysian to Vietnamese channels.

Days later, it emerged that a group of islanders claimed they had seen a “low flying jumbo jet” at around 6:15am, flying south-west.

The plane was said to be donning red and blue colours, similar to that of Malaysia Airlines.

One told the local Haveeru site at the time: “I’ve never seen a jet flying so low over our island before.

“We’ve seen seaplanes but I’m sure that this was not one of those.

“I could even make out the doors on the plane clearly.”

In total, four islanders gave an account of what they saw from the tiny Indian Ocean of Kuda Huvadhoo.

These witnesses were interviewed by police and their accounts were regarded as truthful and consistent, the newspaper claimed.

However, if the claims are correct, the final resting place of the plane could be over 3,100 miles away from where the official search was last carried out.

Analysis of the satellite data provided by UK company Inmarsat revealed the last communication with the jet was over the southern Indian Ocean.

The data recorded was Burst Timing Offset (BTO) and Burst Frequency Offset (BFO) and was used to identify the latest search area known as the seventh arc.

However, aviation expert Jeff Wise has previously tabled an explanation as to how this may have been tampered with.

He believes one or more of the passengers messed with the on board electronics that were vital to the data.

Mr Wise wrote in 2015: “I learnt that the compartment on [Boeing] 777s called the electronics-and-equipment bay, or E/E bay, can be accessed via a hatch in the front of the first-class cabin.

“If perpetrators got in there, a long shot, they would have access to equipment that could be used to change the BFO value of its satellite transmissions and even take over the flight controls.

“I realised that I already had a clue that hijackers had been in the E/E bay.

“However, the satcom (satellite communication) system was also disconnected and then rebooted three minutes after the plane left military radar behind.”

Despite the claims, the Maldives National Defence Force, responsible for guarding the security and sovereignty of the low-lying country, issued a statement in March last year ruling out any such aircraft movement over its air space.

The Islanders were both shocked and humiliated, claiming the defence chiefs were avoiding admitting the limitations of their equipment to detect the flight.