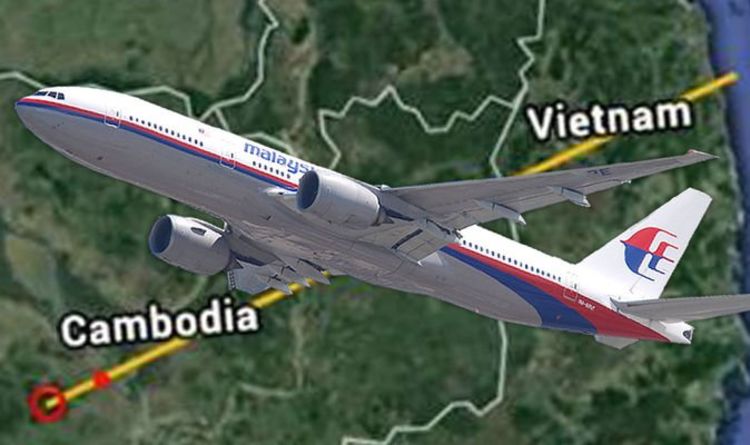 
Malaysia Airlines flight 370 went missing on March 8 2014 en route from Kuala Lumpur to Beijing with 239 people on board. The Boeing 777 has not been found to this day. In a previous Express.co.uk article, it was revealed the plane may have landed and taken off again in the hours immediately after its disappearance

Now, fresh claims from Mr Milne indicate it could have landed in an abandoned airport in Cambodia – and he believes he knows the coordinates of its location.

This location is around 100km north of Phnom Penh.

He claimed that both he and amateur investigator Daniel Boyer received information about this alleged landing in Cambodia.

He said: “Both Mr Boyer and myself received separate raw intelligence disclosures that provided details of a secret MH370 landing that allowed us to calculate and identify the exact location of an abandoned airport that is perfectly aligned directly upon a flight axis as used by the hijackers of MH370.

“We both also received separate raw intelligence disclosures that identified how MH370 took off shortly after landing to then be strategically crashed at a concealed location away from the secret airport.”

He provided several images, the first depicting an aerial map of Cambodia and Vietnam with gold line, the far right of which he claims represents the coordinates of where Malaysian Airline Operations last tracked the plane.

Then there is a red circle at the far left of the gold line is where the plane supposedly crashed and the red dot is the “secret landing airport” where it went before its final crash, according to Mr Milne.

He added that he believes he has a “cumulative number of hard points of discovery intersection”, which would constitute the “new credible evidence” required for a new official investigation.

In November 2018, Malaysian Transport Minister Anthony Loke Siew Fook said the Malaysian government was open to resuming the search for MH370, but that it would require “new credible evidence”.

Mr Loke said: “We have never closed down any possibilities.

“If our authorities think there is any credible leads then we are always prepared to re-open.”

Thousands of Species Are Fleeing to Earth’s Poles en Masse, And a Pattern’s Emerging
They Did It! SpaceX And NASA Have Made History With First Crewed Launch
Here’s How You Can Watch SpaceX’s Historic First Launch of NASA Astronauts Live
We Might Finally Understand Why Glass Frogs Have Strangely Transparent Skin
Humans Are on Their Way to Annihilating 50 Billion Years of Evolutionary History