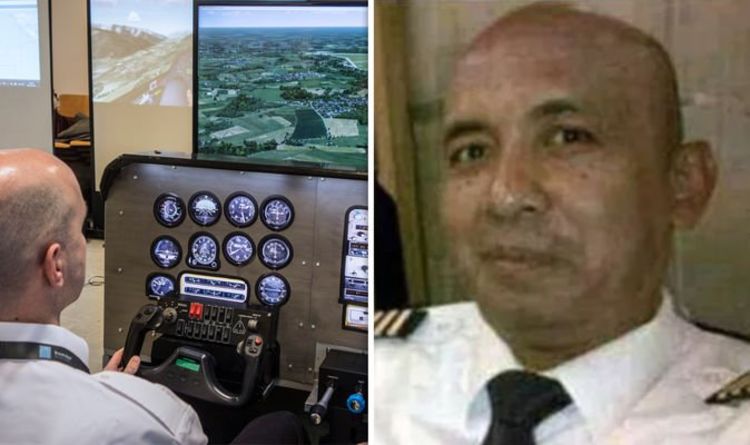 
Malaysia Airlines Flight 370 went missing on March 8, 2014, en route from Kuala Lumpur to Beijing with 239 people on board. In the weeks after the plane’s disappearance, the Malaysian authorities found the captain’s home flight simulator that he had built to model that of the Boeing 777 he piloted. David Gleave, an aviation expert from Loughborough University told Channel 5’s ‘Flight MH370’ that it is “not unusual” for pilots to have simulators.

He said: “It’s quite common to have training applications for pilots to learn about the technology and just to refresh their systems memory and stuff like that.”

However, after the authorities confiscated it and reassembled it at their office, they found that there was some deleted data that raised suspicions.

Mr Gleave explained: “The hard disk contained some wiped data that was rebuilt and showed a number of simulations of flights going off to some rather remote locations in the southern Indian Ocean.”

The simulations that Mr Shah had run on his simulator showed waypoints that he had input himself and seven, in particular, were of interest.

The forensic support showed these seven way points of interest: four in the Andaman Sea – the body of water west of Malaysia – one north of Indonesia in the same general area that the plane turned sharply and headed off into the ocean, and two west of Perth, Australia, in the southern Indian ocean.

Some have suggested that MH370’s disappearance was pre-planned by Mr Shah and that this is a “dry run” less than a month before MH370 took off for its doomed flight.

It has been claimed that Mr Shah was experiencing marital problems and mental health issues in the lead up to the incident on March 8, 2014.

Others have pointed out that his political ally, the leader of the opposition Anwar Ibrahim, had been arrested just hours before the plane’s disappearance.

“But we do really need to raise the aeroplane to find out whether it really was the Captain who carried out these actions.”

He is here referring to the black boxes, which are flight recorders holding information crucial to finding out what really happened.

One holds information about the history of the flight through recording dozens of parameters, the other is a cockpit voice recorder, so you can listen to what was going on inside the plane as it came to grief.

All commercial aircrafts contain these two so that in the event of a crash, it can be identified what exactly went wrong.