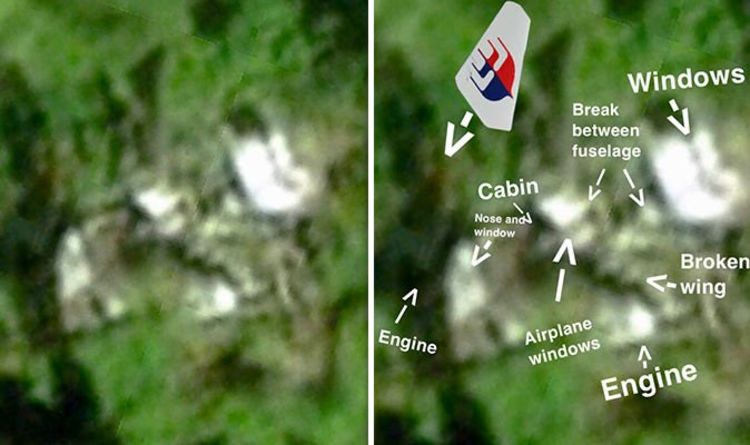 
The passenger airliner carrying 239 people disappeared without a trace four years ago and two huge international investigations have failed to recover it. Mr Boyer claims he has found satellite images that show the wreckage of MH370 after it crash-landed. He believes he can identify different parts of the broken plane in images found on Google Maps and Apple Maps.

However, official investigations concluded that the jet most likely landed in the Indian Ocean.

This week, relatives of the people on the plane presented to the Malaysian government new debris found believed to belong to MH370.

Despite this, Mr Boyer maintains he has found the crash site.

He claimed he has spotted the engine based on comparing its known size with the distances on the image provided by Google Maps.

He said: “These images are measurements of what looks to be the turbine engine of MH370.

“I measured the piece and they match exactly.”

The part-time ‘plane-hunter’ also believes he can see the fuselage and nose of the plane in his pictures.

He said: “The width of the fuselage is the exact to the specs of the missing jetliner.

“Another key to the fuselage: the satellite image shows the fuselage on its side with the windows running across it.

“Also the big tube shape that makes up the fuselage is divide in half by the cabin floor.”

Mr Boyer assrted that he even measured the nose of another Malaysia Ailines Boeing 777 at Kuala Lumpur airport in order to compare it with his images.

He said: “I measured the diameter of the nose and the distance from the cockpit window to the tip of the nose.

“Miraculously the wreckage I found is exactly the same as another plane of the same model.”