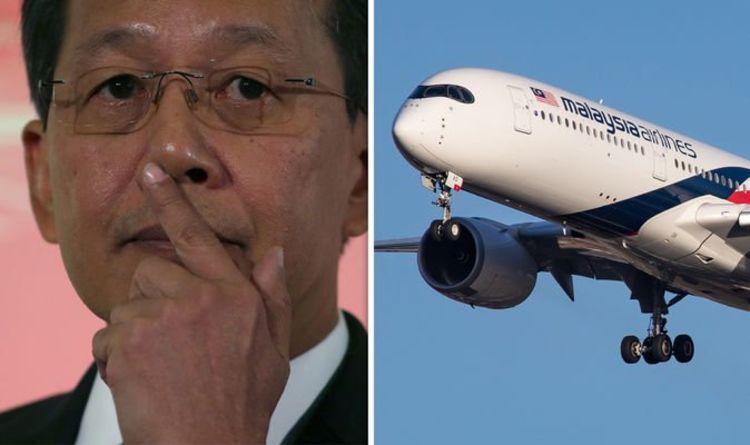 
Malaysia Airlines Flight 370 went missing on March 8, 2014, en route from Kuala Lumpur to Beijing with 239 people on board. The official investigation concluded it most likely ended up at the bottom of the southern Indian Ocean, but two expensive search attempts in the suspected area came up empty handed. Without recovering the black boxes – flight information recorders – there are some big questions that remain as to what happened to the plane and everyone on board.

Families have been left heartbroken by the “enduring nightmare”, according to a lawyer representing some of them.

The 2019 Channel 5 documentary ‘Flight MH370’ presented three key questions about what happened to the place.

These questions are: “Who was in the cockpit? Who was piloting the plane? And why go to such extraordinary lengths to literally vanish?”

The first of these questions could be answered by recovering the black boxes, one of which is a cockpit voice recorder, which stores audio from the cockpit in the hours before the disaster.

The second question could also be informed by finding this, although the search missions have tried to find the wreckage and failed.

The third question is currently almost unfathomable – investigators believe the disappearance was not an accident and that plane was hijacked by someone who is experienced at flying, but they have no indication as to why.

If this was a terror attack, why did no organisation credibly claim responsibility?

Instead of informing the world what they did, the hijacker carefully plotted out a route that would mean they could disappear without a trace.

Dr Hugh Dunleavy, former Malaysia Airlines commercial director, said he did not think the answers would ever be found.

In a sombre interview, he said: “The chance of finding the aircraft, except through a sheer stroke of luck, is probably very remote.

“And I know that’s not something the families will want to hear, but I have to be candid and say: ‘I would like us to find that aircraft more than anyone else, but it’s a very remote part of the world.’”

It has been five years since the tragedy and families are still suffering from a lack of answers to the mstery’s remaining questions, among ongoing legal disputes and let-downs.

London-based aviation lawyer James Healy-Pratty described what not having the answers has done to the families.

Octopus Brains Evolved to Share a Surprising Trait in With Our Brains : ScienceAlert
It Sounds Crazy, But Walking Backwards Is Really, Really Good For You : ScienceAlert
Astronomers See a Star’s Final Scream Into a Black Hole Halfway Across The Universe : ScienceAlert
Forests at Risk of Burning an Extra 30 Days a Year Without Climate Action : ScienceAlert
A ‘Wormhole’ Built on a Quantum Computer Teleported Information as Predicted : ScienceAlert