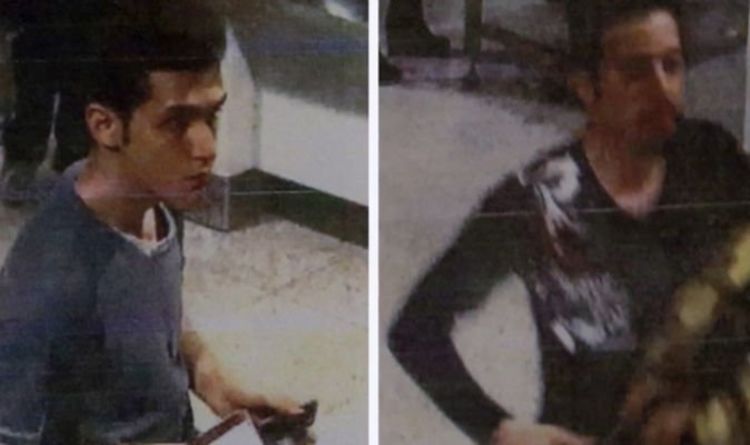 
The men were travelling with the stolen passports of Italian Luigi Maraldi and Austrian Christian Kozel. However, they were actually both Iranian men called Pouria Nour Mohammad Mehrdad and Delavar Seyed Mohammadreza. Malaysia Airlines Flight 370 went missing on March 8, 2014, en route from Kuala Lumpur to Beijing with 239 people on board.

According to Channel 5’s ‘Flight MH370’ investigators homed in on these two individuals.

Former civil aviation authority Azhaniddin Abdul Rahman told a press conference: “We have the CCTV recording of the passengers from check-in right to the departure point.”

The men were photographed boarding the flight with the stolen passports.

At first, there were suspicions that they could be a terror link between these passengers and the disappearance of MH370.

The documentary’s narrator said: “Having tracked down the genuine passport holders, police reveal their two passengers were Iranian.

“Could they be linked to terrorism in the Middle East?”

However, it soon became clear these young people were just seeking a new life in Europe.

Mr Mehrdad, 18, was hoping to join his mother in Germany and seek asylum.

Former Malaysian police chief Khalid Abu Bakar said publicly: “We believe that he is not likely to be a member of any terrorist group and we believe he was trying to migrate to Germany.”

Mr Mehrdad apparently chose a long a circuitous route from Iran to Kuala Lumpur, through to Beijing, Amsterdam and Frankfurt, presumably to avoid detection.

Officials added: “His mother is waiting for him,” confirming that she had been in touch.

Interpol identified the other man as Mr Mohammadreza, 29, but less is known about his origins.

However, a young Iranian in Kuala Lumpur called Mohammad told the BBC that both men had stayed with hm before taking the flight to Beijing.

He confirmed they had wanted to settle in Europe and insisted they were not terrorists.

Mohammad told BBC’s Jonathan Head: “They were nervous. They were like me. Pouria was quiet, nice, he was never naughty.

“So was his friend. I heard them talking – they wanted to go to Europe to seek asylum.

He said that Mr Mehrdad’s mother had called from Hamburg after MH370’s disappearance to ask him how her son’s stay in Malaysia has been.

Hundreds of comments were left on Mr Mehrdad’s Facebook page.

He had posted a status update of “feeling excited” upon his arrival in Kuala Lumpur from Karaj two weeks before.

Here’s Why Our Brains Solve Problems by Adding Things, Not Removing
Scientists Warned Us The Pandemic Wouldn’t Solve The Climate Crisis. Guess What
Ancient Cave Artists May Have Knowingly Deprived Themselves of Oxygen to Paint
A Genius New Simulation Has Revealed More on How Whiskers Actually Work
How to Fix Your Phone if It Gets Water Damage (Hint, Rice Won’t Help)