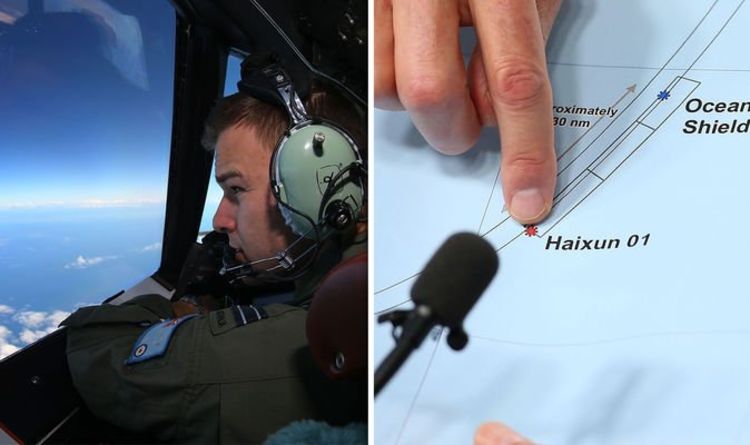 
Malaysia Airlines flight 370 went missing on March 8, 2014, en route from Kuala Lumpur to Beijing with 239 people on board. It is still unknown where the plane actually went, but authorities have stated its presumed flight path was over the Indian Ocean and its wreckage is somewhere beneath the waves. This was based almost entirely from data collected by British telecommunications company Inmarsat.

Inmarsat had data from seven ‘handshakes’ – communications between MH370 and its satellite 3F1.

BFO is a measure of the relative motion of the satellite and the aeroplane.

These two measures combined appear to indicate a flight path that curves over the Indian Ocean and stops over the sea west of Perth, Australia.

However, in his 2015 book ‘The Plane That Wasn’t There’, aviation expert Jeff Wise suggested that the data used could have all been a lie.

The SDU is located in the ceiling of the passenger cabin and processes the signals that are transmitted and received between the plane and the satellite.

Both the BTO and BFO values rely on computations carried out in the SDU.

Whilst its highly unlikely the BTO data could be spoofed as all the computations take place inside the SDU, there is a chance the BFO could be hacked if the plane had a Honeywell SDU, which it did.

To calculate the BFO in a Honeywell SDU, it obtains location and speed information via a cable which connects to a box called the Internal Referencing System (IRS) in a compartment called the Electronics and Equipment bay (EE bay).

On a Boeing plane – which MH370 was – the EE bay is accessible during the flight though an unlocked hatch located in the floor at the front of the first class cabin.

Mr Wise explained that a person could climb into the bay to spoof the data.

He wrote: “If you climb down into the EE bay and disconnect the SDU cable from the IRS you could plug into it a piece of electronics generating false information.

“In essence, the signal will be lying to the SDU about where the plane was located and how fast it was going.

“The SDU would then transmit a slightly incorrect frequency.

“If you knew how the satellite communication business worked you would know that Inmarsat computers would automatically log this information and that in all likelihood Inmarsat engineers would later find it and be misled.

“You would have created a false trail of breadcrumbs.”