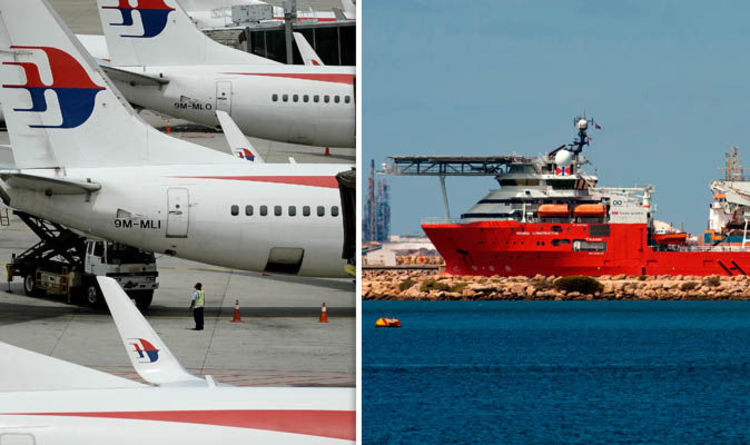 
The doomed flight took off from Malaysia’s capital Kuala Lumpur on March 8 2014, carrying 239 passengers and crew.

The aircraft last communicated with air traffic controllers around 38 minutes after takeoff when the plane was located over the South China Sea, and it dropped off ATC radars just minutes later.

Captain Zaharie Shah, who was the pilot in command of the flight, responded: “Good night. Malaysian three seven zero.”

The search and rescue operation concluded in June 2018, and a report released by the 19-strong Malaysian team revealed that there was no reason to suspect the captain or the first officer of malicious intent.

The four-year long investigation also failed to offer any firm answers, with the report concluding: “The team is unable to determine the real cause for the disappearance of MH370.”

However, Daniel Boyer, an MH370 investigator, claims to have found the missing jet on Google Maps, in the depths of the jungle around 60 miles west of the Cambodian capital, Phnom Penh.

He found images on Google Maps showing white objects with blue marks on them, which could be parts of MH370’s outer fuselage.

Commenting on the images to the Daily Star, he said: “I really think this image could show the plane’s body.

“If you look closely enough you can see the ‘y’ from the logo, with the cabin windows below.”

Mr Boyer believed the blue inscription could be the letter “y” from the airline’s logo found on the body of its aeroplanes.

He concluded: “This is definitely a plane wreckage of some sort and needs to be investigated.”

Numerous alleged sightings of the aircraft have been reported since its disappearance in 2014, including on March 19 2014, when CNN reported that fisherman, individuals on the KudaHuvadhoo atoll in the Maldives, and a oil rig workers saw the missing aircraft.

A fisherman claimed he saw an unusually low-flying aircraft off the coast of Kota Bharu in Malaysia, while an oil-rig worker stated he saw a “burning object” in the sky 186 miles south-east of Vung Tau in Vietnam.

The Vietnamese authorities thought the claim was sufficiently credible to send a search-and-rescue mission to the region.