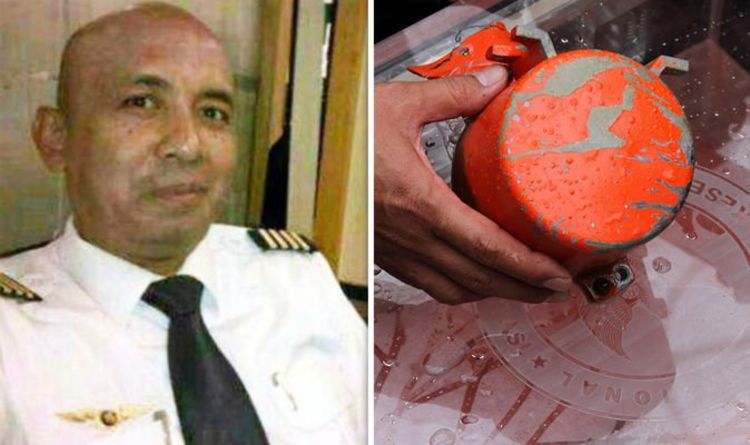 
Malaysia Airlines flight 370 mysteriously vanished on March 8, 2014, during a flight from Kuala Lumpur to Beijing, China. Captain Zaharie Shah was in charge of the Boeing 777 and the 239 people on board when it last communicated with air traffic control at 1:19am. However, moments later, the plane vanished from civilian radar screens following a routine handover from Malaysian to Vietnamese channels.

Radar and satellite data shows how the jet suddenly changed course and flew back across Malaysia before turning south of Penang and then towards the southern Indian Ocean.

However, it has been more than five years since aviation’s greatest ever mystery took place and we are no closer to knowing what happened.

In 2015, on the first anniversary of the disappearance, the Malaysian government released a 600-page report put together by an international team of investigators.

Within, it disclosed that the batteries used on the flight data recorder – sometimes referred to as the black box – had gone flat some 15 months before the aircraft took off.

The electronic device is placed in an aircraft for the sole purpose of facilitating the investigation of aviation accidents and incidents.

However, some experts have argued whether this had any impact on the subsequent search for the missing jet.

They claim that just because a battery had passed its expiration date does not necessarily mean it would not have been capable of emitting some pings from a submerged aircraft.

The discovery has put pressure on airline regulators, with some calling for the live streaming of data to the ground.

However, it was far from the most concerning finding from the report.

The documents also revealed how a crucial system in the cockpit “malfunctioned minutes before takeoff”.

They found the emergency oxygen system on the flight deck of MH370 had to be repaired shortly before it departed.

This has led some to argue that a fire may have broken out on board the plane – possibly from an exploding oxygen tank.

The pressurisation fault was one of eight defects reported to maintenance staff the morning before the doomed flight took off, according to the team.

It also stated that the 12-year-old Boeing 777 had been involved in an accident on the ground at Shanghai airport 19 months earlier that required “major repairs”.

The right wing tip was damaged when it collided with an Airbus A340-600 and the aircraft was grounded for almost two months.

Another theory as to how MH370 went missing has also been through a hijacking – either by terrorists on board or through remote cyber hacking.

While more outrageous ideas have claimed the plane was a  “flying bomb” due to the cargo of five tonnes of mangosteens and 221kg of lithium-ion batteries.

Over the years there have been all sorts of claims over possible sightings, from Maldives islanders to oil rig workers in Vietnam.

Fake Accounts Are Constantly Manipulating What You See on Social Media. Here’s How
Mysterious Emergence of Pink Ice in The Alps Could Have Dire Consequences
We May Finally Know The Extreme Route Fish Take Through Air to Colonise New Lakes
Astronomers Have Located The Centre of The Solar System to Within 100 Metres
Catchy Sparrow Song Goes ‘Viral’ Across Canada in Continent-Wide Phenomenon