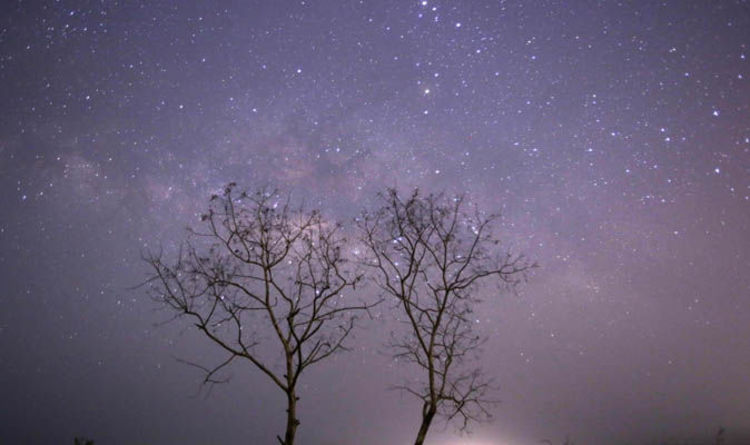 
The Lyrid meteor shower has come around again, it is active each year from about April 16 to 25.

In 2018 the best day to view the shower will be the morning of Sunday, April 22.

However the meteor shower will also be visible on April 21 and 23.

The greatest number of meteors will fall during the few hours before dawn.

Earthsky.org said: “In 2018, the peak of this shower – which tends to come in a burst and usually lasts for less than a day – is expected to fall on the morning of April 22, with little or no interference from the waxing moon.”

There should be around 10-20 meteors per hour at the shower’s peak on the morning of April 22, according to EarthSky.

An outburst of Lyrid meteors is always a possibility, though no Lyrid outburst is predicted for 2018.

The best time to view the shower will be before dawn on Sunday and the moon should set before the meteors appear.

Avoid light pollution and tall buildings to view the best of the meteor shower.

Any meteor visible will likely appear unexpectedly in any and all parts of the sky, you do not need to recognise a meteor shower’s radiant point in order to see any meteors.

The Lyrids begin as tiny specks of dust that hit Earth’s atmosphere at 109,600 mph and vaporise from friction with the air – leaving behind the streaks of light we known as meteors.

The meteor shower gets its name because it appears from a point to the right of the blue-white star Vega, which is the brightest light in the constellation – Lyra the Harp.

Lyrids are pieces of debris from the Comet C/1861 G1 Thatcher and have been observed for more than 2,700 years, NASA said, which makes them one of the oldest known showers.

In mid-April of each year, Earth runs into the stream of debris from the comet, causing the meteor shower.

Comet Thatcher last visited the inner solar system in 1861 and will not return until the year 2276.

The ancient Chinese compared the Lyrics to a “rainfall of stars” in the year 687 B.C.