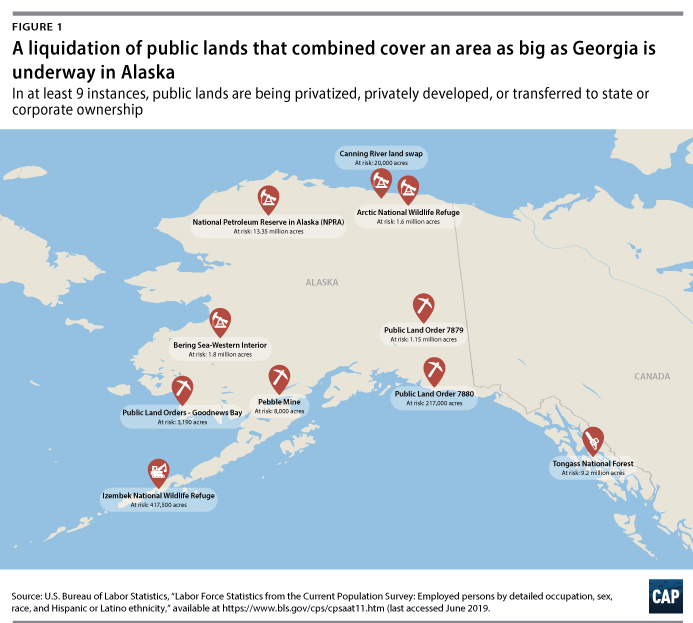 
In at least 9 instances, public lands are being privatized, privately developed, or transfered to state or corporate ownership.

This is one of the largest liquidations of America’s public lands since the late 19th century.

If fully implemented, this effort could result in the transfer, sale, or private exploitation of more than 28.3 million acres of public lands in Alaska.

The work to liquidate national public lands is a shortsighted and inadequate response to the state of Alaska’s worsening budget crisis due to the state’s overdependence on revenues from oil drilling.

Alaska is indeed the only state in the Union that is so dependent on one industry to fund its government services. Since 1977, oil revenues have accounted for an average of 85% of the state’s annual budget.

This liquidation of public land will affect millions of acres in the Tongass National Forest and the Arctic National Wildlife Refuge alone.