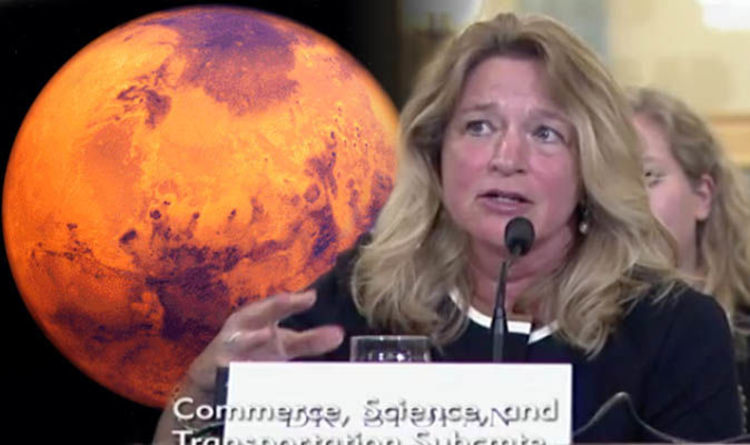 Dr Ellen Stofan revealed she was confident that life previously evolved on Mars as she explained the case for sending humans to Mars before a US Senate Subcommittee on Space, Science and Competitiveness.

Speaking before Texas Republican Senator Ted Cruz on August 1, the space expert dropped the incredible bombshell as she took part in a series of hearings on the future of NASA’s space exploration efforts.

Based on the evolutionary history of life on Earth, the scientist said life on Mars most likely developed to the point of simple microbial organisms.

She argued humans will one day have to land on Mars to excavate the planet for evidence of long-dead single-celled aliens.

The space expert said: “Life rose here on Earth rapidly once conditions stabilised, so you know, for the first several hundred million years on Earth the conditions were probably hostile.

“It was as soon as conditions stabilised within 100 million years or so we are fairly confident that the first microbial life evolved on Earth.

“That’s why I do think it will take humans on the planet breaking up a lot of rocks to try and actually find this evidence of past life and finding one sample is not good enough. You need multiple samples to understand the diversity.”

But what about the discovery of more complex life forms and the exciting possibility of advanced alien civilisations lurking in the deep corners of space?

Although Dr Stofan could not confidently speak about the existence of complex life outside of Earth, she said NASA is on the right track to find it.

The scientist said: “I think we are heading down the right path and that is – while we’re looking for exoplanets around other stars, we’re trying to understand that nature and variety of life that might have evolved in our own solar system.

“I think once we start realising how common life is in this solar system it gives us a better basis and once we start gaining data on exoplanets and their surface conditions, it gives us a basis from which to start thinking about how likely is complex life, where should we go to find it and I think we need more data.

“So I think the way we are approaching the problem is absolutely correct.”

Despite NASA’s firm commitment to sending humans to Mars in the near future, it could take decades before astronauts dig out any prehistoric Martian fossils. 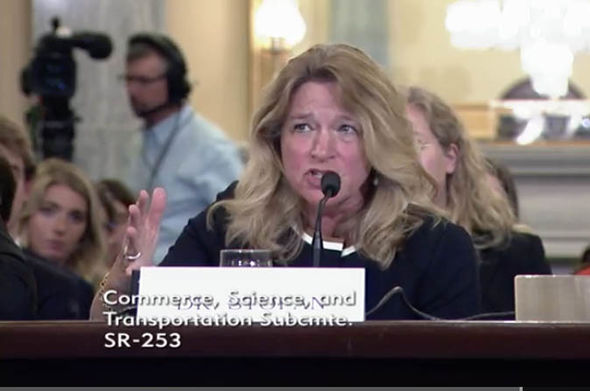 Life on Mars: Dr Stofan is positive basic life evolved on Mars in the distant past (Image: US SENATE)

NASA reaffirmed its commitment to Mars in November 2015 but under Donald Trump’s administration, the Space Agency’s focus has been redirected to the Moon.

Space Policy Directive-1 introduced by President Trump in December 2017, directed NASA towards returning to the Moon as a stepping stone towards other destinations in space.

President Trump said at the time: “The directive I am signing today will refocus America’s space program on human exploration and discovery.

“It marks a first step in returning American astronauts to the Moon for the first time since 1972, for long-term exploration and use. 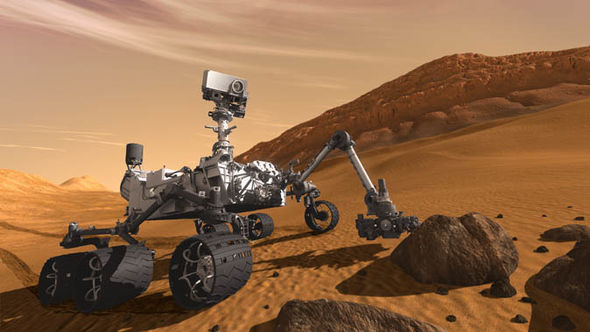 Life on Mars: Robotic Mars rovers might not be able to find Martian fossils (Image: GETTY)

“This time, we will not only plant our flag and leave our footprints – we will establish a foundation for an eventual mission to Mars, and perhaps someday, worlds beyond.”

In her pre-hearing statement, Dr Stofan said sending humans to Mars by the year 2038 is a much less “audacious” plan than returning to the Moon by the end of the decade.

She said: “NASA has assessed plans to get humans into Martian orbit by 2033, and down to the surface later in the decade, which is completely feasible and affordable if the agency focuses on the capabilities and technologies required.”

NASA is currently maintaining a stream of rover and Mars lander missions – the earliest of which will reach the Red Planet on November 26 this year.

Biology Inspires a New Kind of Water-Based Circuit That Could Transform Computing : ScienceAlert
Secret Clues in Tutankhamun’s Tomb Reignite The Idea That Nefertiti Is Hidden Nearby : ScienceAlert
Control of a 6-Qubit Processor in Silicon : ScienceAlert
Narwhals Are So Weird, Scientists Used Chaos Theory to Explain Their Behavior : ScienceAlert
3 Major Aquatic Animal Groups Can Trace Their Lineage to This Ancient Armored ‘Worm’ : ScienceAlert